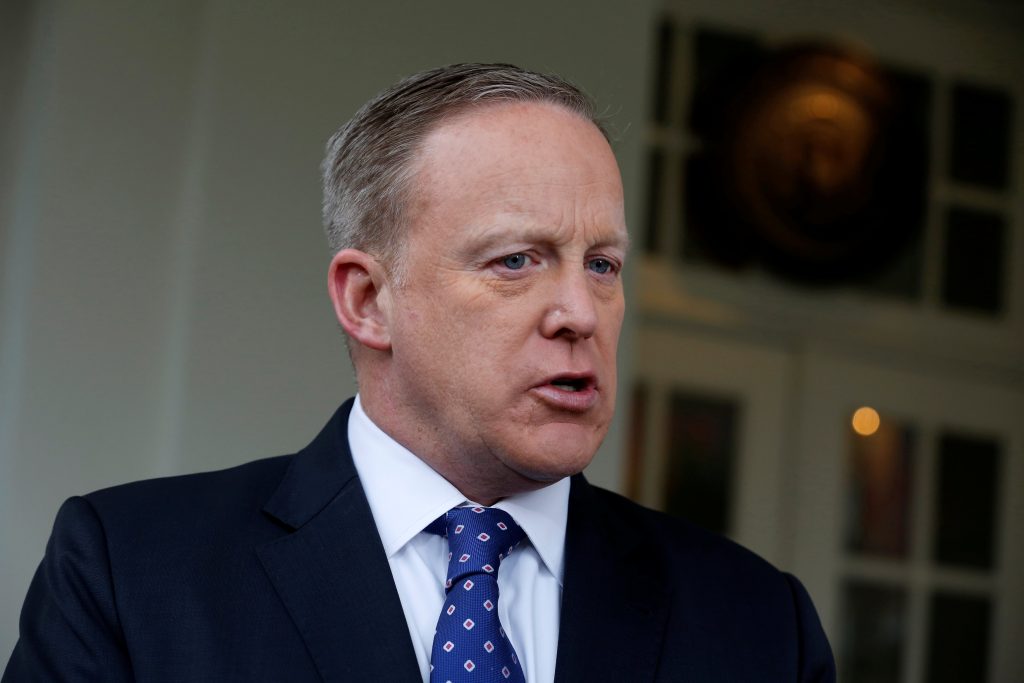 President Donald Trump feels no obligation to accept the findings of two congressional panels looking into Russian meddling in the 2016 election, despite asking them to also examine his charges that his predecessor tapped his phones.

White House press secretary Sean Spicer said Monday it would be “premature” for the president to state his acceptance of the conclusions of investigations being conducted by the House and Senate Intelligence committees.

“I don’t think you would ever just blanketly say, ‘I’m ready to accept these outcomes,’” Spicer said.

The president on Sunday asked Congress to look into his claims that President Barack Obama ordered national security entities to tap phones in Trump Tower during the 2016 campaign — one day after making the allegations, without proof, on Twitter. In doing so, he opted against directing the Justice Department from investigating or naming a special counsel.

Why Congress? Administration officials determined Congress has the “appropriate staff” to carry out such a probe, Spicer said. What’s more, letting the Legislative Branch look into the matter honors the “separation of powers” principle, he said, arguing that a Justice Department review would essentially have directed that department to investigate itself.

Still, the president is not accepting the House and Senate panels’ findings on the Obama allegations nor about Russian meddling because “it’s hard to pre-judge what they’re doing,” his press secretary said.

“We’ll have a lot of respect for what they do,” Spicer said.

Trump’s Twitter blast was apparently a unilateral decision that he did not discuss with his top aides.

After a day of internal discussions about what to do next, the White House issued a statement notable for its terseness on Sunday morning.

“President Donald J. Trump is requesting that as part of their investigation into Russian activity, the congressional intelligence committees exercise their oversight authority to determine whether executive branch investigative powers were abused in 2016,” the statement said. “Neither the White House nor the President will comment further until such oversight is conducted.”

Trump and his top aides have yet to provide any evidence for his charges against Obama, whose post-presidency staff and former aides have denied he ordered any such phone-tapping. On Monday, Spicer pointed to a sliver of comments Michael Mukasey, attorney general under George W. Bush, made Sunday on ABC.

“I think he is right in that there was surveillance, and that it was conducted at the behest of the … Justice Department through the FISA court,” Mukasey said.

Spicer did not note what the former Republican AG said just before that: “I think the president was not correct certainly in saying that President Obama ordered a tap on a server in Trump Tower.”