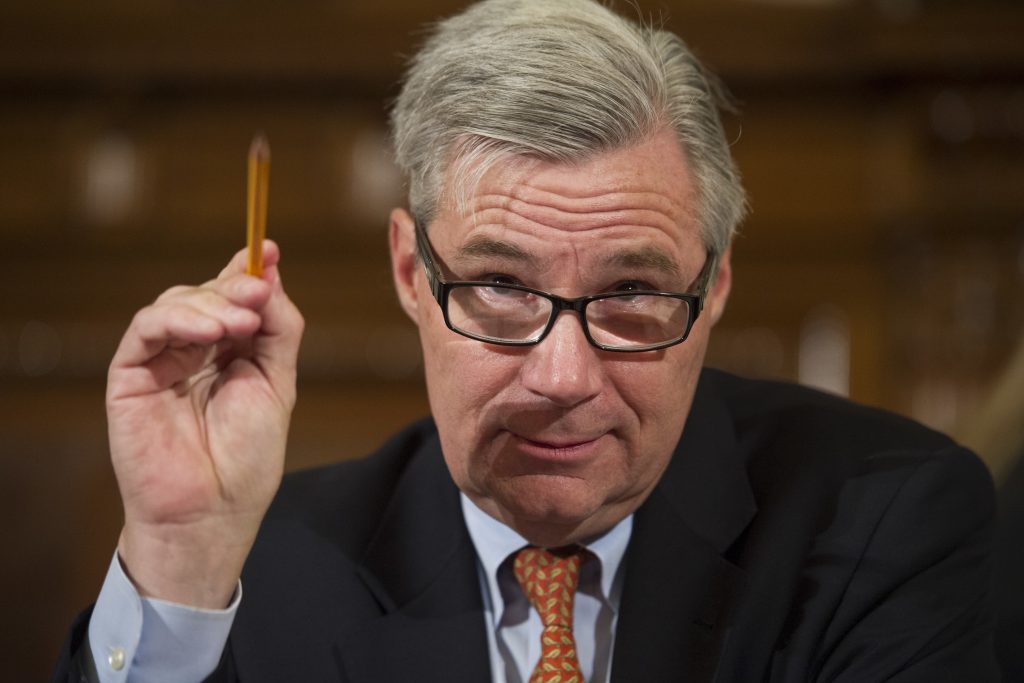 The seven Democrats, led by Sheldon Whitehouse of Rhode Island, are asking Secret Service Deputy Director William J. Callahan about the procedures in place for Trump properties when the president is there and apparently conducting business.

The Democrats ask if WAVES (Workers and Visitors Entry System) is being implemented at the resort in Palm Beach or at other properties like Trump Tower in New York City.

Visitors to the White House are, as a matter of routine, required to provide personal information including birthdates and birthplaces, as well as Social Security or foreign ID numbers before getting access to the building and grounds.

“If not, what other steps are being taken to conduct background checks [on] people who will be present during President Trump’s trips to Mar-a-Lago?” the senators wrote in a list of questions for the Secret Service. “Is the Secret Service considering extending these systems, or any other security screenings, for Trump Tower, Bedminster, or other Trump properties at which the President may spend time conducting official businesses? If not, why not?”

“President Trump’s conduct of official business at private property to which some members of the public have access appears to be unprecedented in recent times,” the seven senators wrote to the Secret Service. “While we appreciate that every President has the right to some privacy when not in the White House, this President has invited members of the public, who in many cases have paid significant amounts of money for access to him, to watch official business be conducted and has in some cases sought their advice during these breaks from Washington.”

Joseph Clancy, who had been the director of the Secret Service, retired effective last Friday.

In a separate letter to President Trump also dated Monday, the same group of Democratic senators also ask whether he plans to continue the Obama administration policy of releasing White House visitor logs.

“Continuing President Obama’s transparency policies would help dispel concerns that the wealthy and the well-connected have unfair access to your White House,” they wrote.