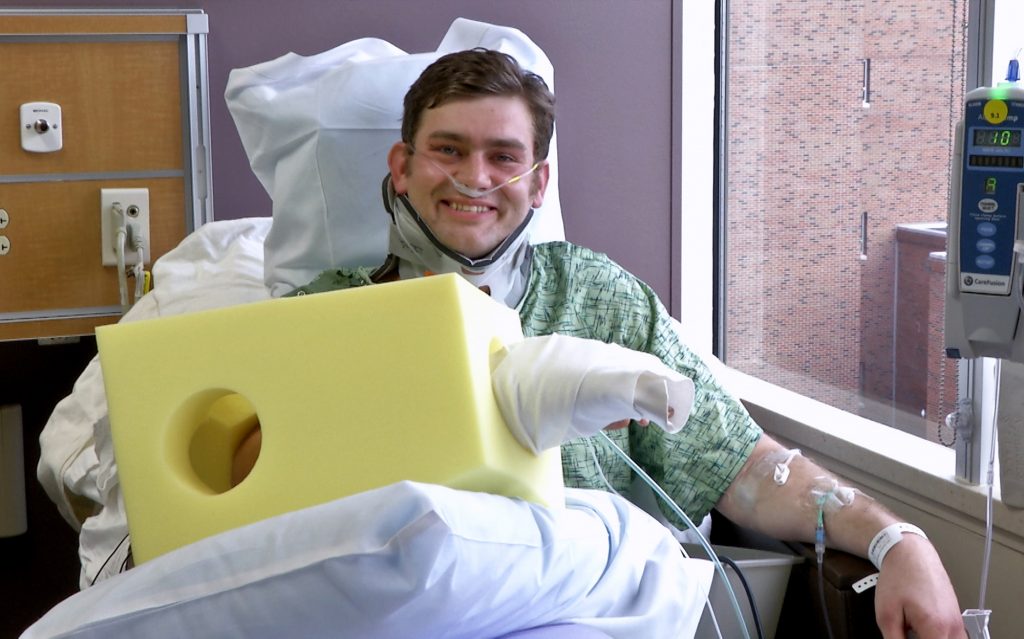 A Kansas man who survived an apparently racially motivated shooting at a suburban Kansas City restaurant and bar is out of the hospital and has already visited the scene of the attack.

Ian Grillot, 24, was released from the hospital Tuesday, The University of Kansas Health System said in a statement Thursday. Grillot was one of three men shot Feb. 22 at Austins Bar & Grill in Olathe, Kansas. One of the men, Srinivas Kuchibhotla, was killed, and his friend, Alok Madasani, was wounded. An incident report that police released Friday shows a handgun was used in the shooting.

Both Kuchibhotla and Madasani were natives of India working as engineers for GPS-maker Garmin in Olathe.

A bullet hit Grillot in the hand and entered his chest when he tried to stop the suspected gunman, 51-year-old Adam Purinton, of Olathe. Purinton is charged with murder and attempted murder.

On Wednesday, Grillot went to church and then stopped at Austins for “closure,” the hospital said in a statement. He returned to the hospital Thursday for a meeting with three officials from the Consulate General of India in Houston.

The officials also met Thursday with Kansas Gov. Sam Brownback, but no details of that meeting have been released. He said in a tweet that the “hateful actions of one man don’t define us.”