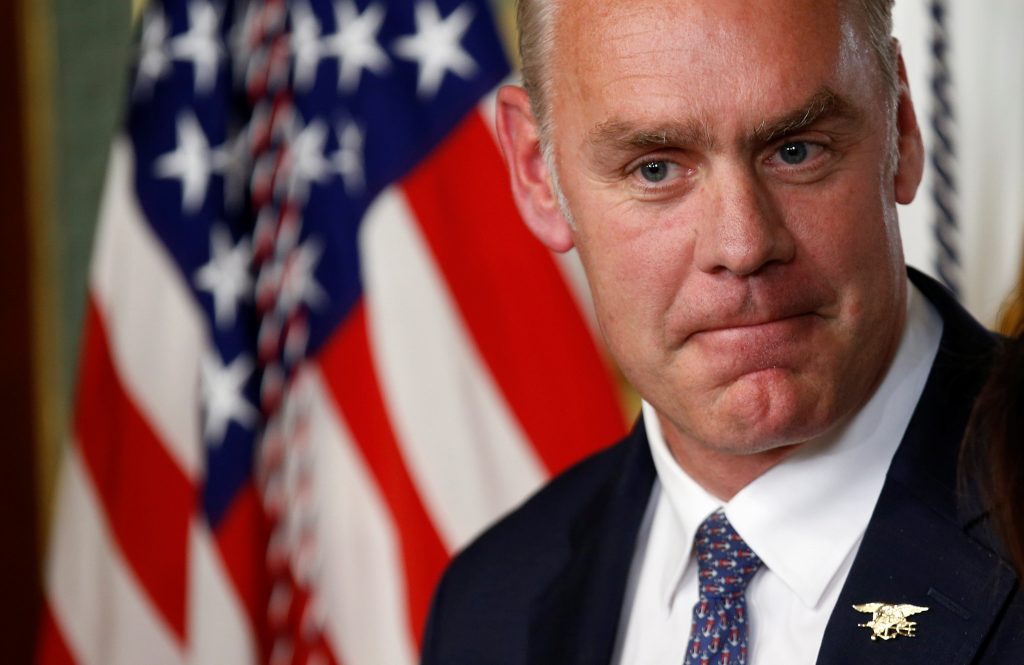 The Republican-controlled Senate approved the nomination, 68-31 as 16 Democrats and one independent joined with 51 Republicans to support the choice. Several Democrats from Western states as well as those facing tough re-elections next year, including Montana’s Jon Tester, Indiana’s Joe Donnelly and Joe Manchin of West Virginia, voted for Zinke.

With Zinke’s approval, the Senate has confirmed 16 out of 22 of Mr. Trump’s Cabinet and Cabinet-level nominations.

Zinke, 55, a former Navy SEAL and Montana state senator, is a Republican in his second term as Montana’s sole House member.

He resigned as a delegate to the Republican National Convention last year to protest the GOP’s position in favor of land transfers to state or private groups. But he recently voted in favor of a House rule that would allow federal land transfers to be considered cost-free and budget-neutral, making it easier for drilling and development.

Zinke told senators at a January hearing that federal land management should be done under a multiple-use model that allows hiking, hunting, fishing and camping along with harvesting timber, mining for coal and drilling for oil and natural gas.

He also pledged to tackle an estimated $12 billion backlog in maintenance and repair at national parks and stand firm against attempts to sell, give away or transfer federal lands.

During his hearing, Zinke rejected Trump’s claim that climate change is a hoax, saying it is indisputable that environmental changes are affecting the world’s temperature and human activity is a major reason.

“I think where there’s debate is what that (human) influence is and what can we do about it,” he said.