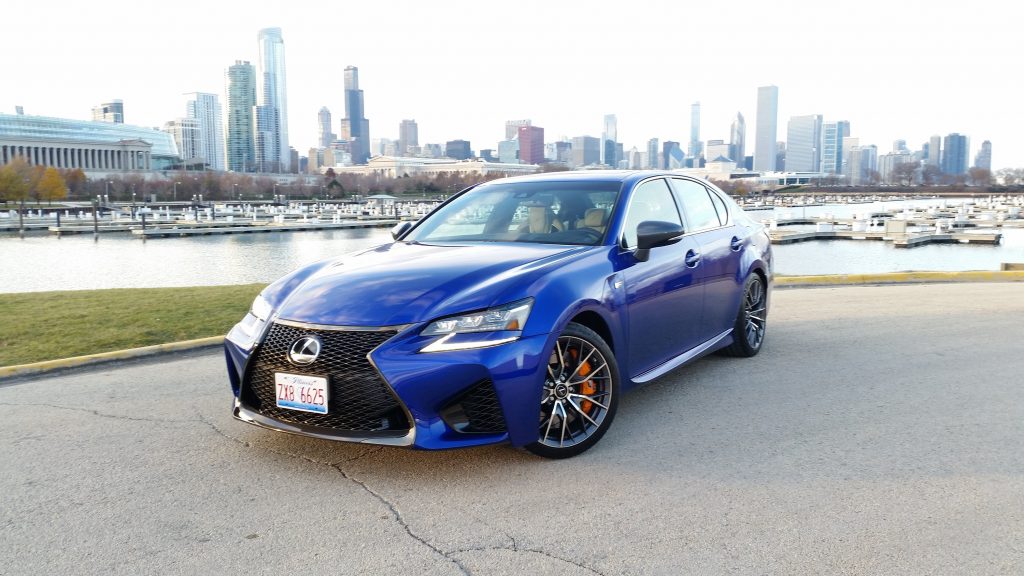 The performance sedan segment has been engaged in a battle for horsepower dominance in recent years. While a performance sedan making 400 horsepower would suffice a decade ago, we now have the option to buy a family-sized sedan that can produce as much power as some of the fastest supercars. Take the 2017 Cadillac CTS-V; its 6.2-liter supercharged V-8 outputs 640 horsepower, which means it outguns Audi’s flagship R8 and its 610 horses.

Why then did Lexus release its supersedan, the GS F, with a power figure of 467 horsepower?

Whereas all of the GS F’s rivals have gone down the turbocharged or supercharged route, Lexus decided to stay natural with its engine’s breathing. This means a lower overall power output, but it does come with some benefits. The noise that emanates from the Japanese 5.0-liter V-8 is a mixture of distant thunder and bear growl, and the response to the right foot is instant. These are two factors often undermined when using turbos or superchargers. So for that, Lexus, we thank you.

The rest of the drivetrain is an annoyance known as the transmission. The eight-speed automatic feels lazy in comparison to the competition. Cars such as the CTS-V always seem keen to rip your face off, eagerly awaiting a harder push on the gas pedal. The GS F takes a more relaxed approach, casually shifting down a couple of gears before it unleashes the full potential of the engine.

As far as interior quality goes, the GS F is more refined and technology-oriented than its rivals. Buttons and knobs control numerous aspects, such as the advanced rear differential, the traction control system, and the chassis dynamics. I worked my way through the different drive modes using the drive select knob, which showed how the steering and suspension is stiffened when you change from “Eco” through to “Sport+,” offering a tighter and sporty edge. Initial impressions are promising, and on a track, the GS F should bring a fight to its German and American rivals.

The main annoyance in the GS F is the infotainment system. Whereas the GS F’s rivals all have similarly intuitive and easy to use systems, Lexus — for no apparent reason — decided to use a bizarre joystick to interact with their screen. It sits in an ergonomically awkward position and requires the manual dexterity of a brain surgeon to use. Move the stick anything more a fragment of an inch and you have overshot your target. Knock the stick inadvertently and your destination gets reset to where you already are.

Overall, the outgunned GS F impresses compared with the rest of the performance sedan market. The naturally breathing engine provides a sound that will make the hairs on your neck stand up, and the chassis gives you confidence to push the car to its limits. For less hair-raising day-to-day driving, it is comfortable and well-equipped. The engineers at Lexus have done a great job of offering an alternative to the number-chasing rivals. But it needs tweaks to the transmission and infotainment system to make it something very special.

Parting shot: Engine and chassis impress, but the transmission and infotainment system disappoint.