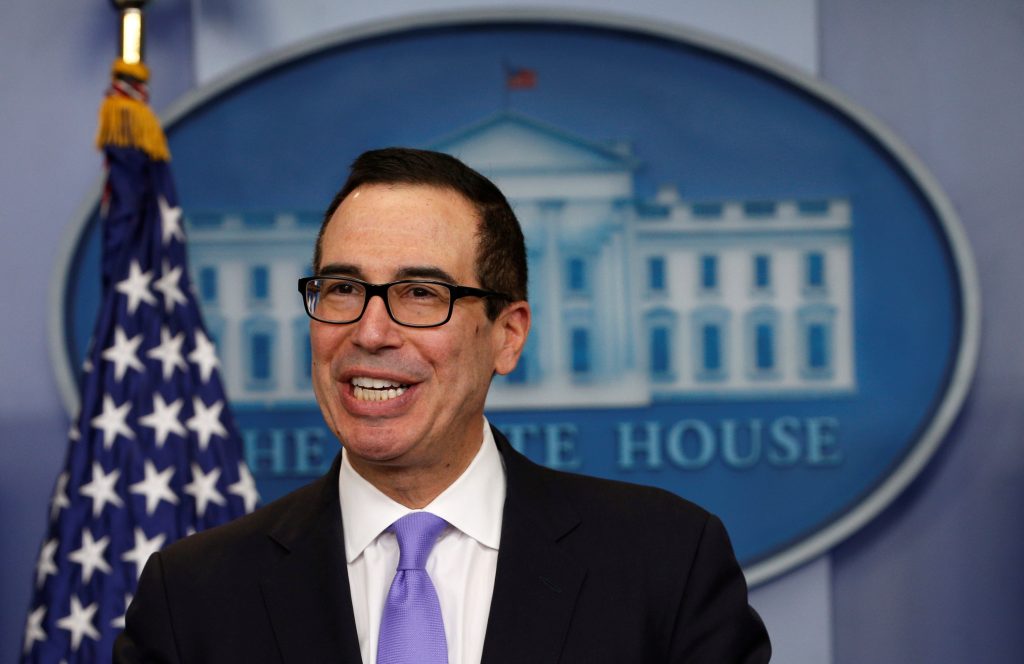 “Our economic agenda, the No. 1 issue is growth, and the first most important thing that will impact growth is a tax plan,” Mnuchin said in an interview with CNBC.

“So we are committed to pass tax reform,” he said. “We want to get this done by the August recess.”

The House and Senate are scheduled to begin their August recesses on July 29.

In an interview with the Wall Street Journal published Thursday, Mnuchin admitted that passing complex tax legislation in less than six months was “an ambitious timeline” that the administration and Congress might not be able to meet.

“It could slip to later this year,” he said.

Mnuchin said the administration wants to cut income taxes for middle-class workers and to simplify and reduce business taxes to make them more competitive with those of other nations.

But President Donald Trump hasn’t yet submitted a tax proposal to lawmakers, who are working on their own versions of an overhaul. And the two camps appear at odds over a controversial border adjustment tax.

Trump said Wednesday that his tax plan is “very well finalized” but won’t be submitted to Congress until after lawmakers attempt to repeal the Affordable Care Act health care law.

“Sometime during the month of March, maybe mid- to early March, we’ll be submitting something that I think people will be very impressed by,” Trump said of his tax plan before meeting with Mnuchin and other administration officials to talk about the federal budget.

House leaders are pushing for a border adjustment tax, which would subject importers to higher taxes than exporters or those that produce products in the U.S. for domestic consumption.

Large companies that do a lot of exporting, such as the Boeing Co., want a border adjustment tax. But retailers who import a lot of goods, such as Wal-Mart Stores Inc., oppose it.

Mnuchin said Thursday that the administration was looking at the House plan “very closely.”

Administration officials are talking to business leaders about the proposed tax, Mnuchin said. That outreach includes a White House meeting Thursday in which Trump, Mnuchin and other officials will talk with chief executives of manufacturing companies.