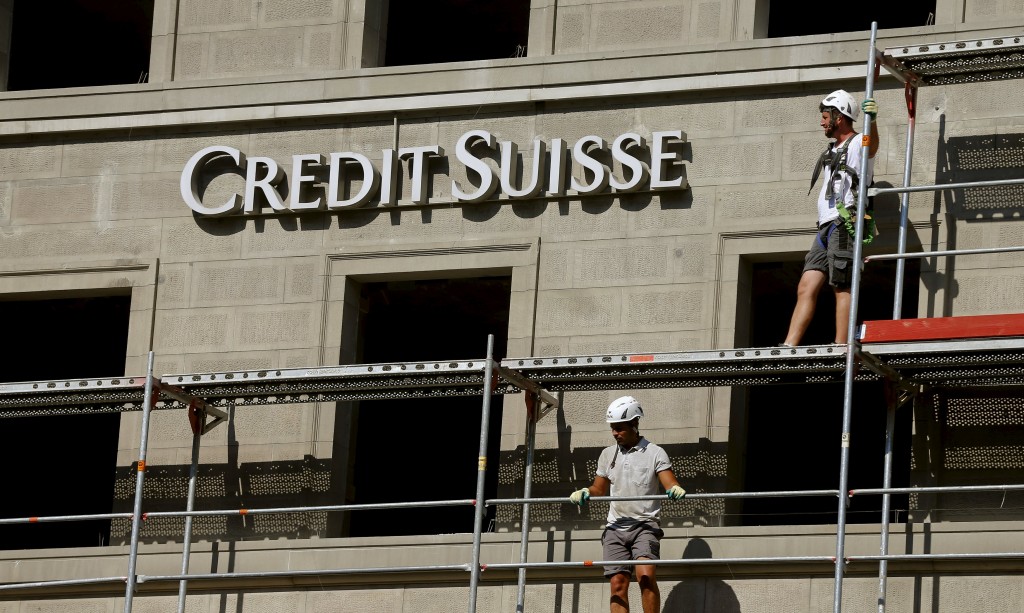 Swiss banking organization Credit Suisse is under investigation by the IRS for helping Americans living in Israel or with Israeli citizenship to evade taxes, the Wall Street Journal reported Thursday. The investigation comes several years after the bank was forced to pay billions of dollars in penalties and fines for helping American clients to hide their income and avoid taxes.

The investigation focuses on the bank’s Israeli desk, which has hundreds of clients. According to the report, an investigation of a dual Israeli-American citizen living in Israel by the U.S. Justice Department in July 2014 disclosed that he had assets in a Credit Suisse account that he had not reported. The dual citizen cooperated with the government, gathering recordings and other evidence that firmly placed the bank as a major funnel through which money held by American citizens was being hidden. The culprit received a seven-month sentence in prison.

According to the report, the dual citizen’s Swiss accounts contained more than $200 million in 2013. The bank, according to the investigation, removed its client’s name from paperwork in order to obscure his control of the account.

Under current American law, failure by Americans to disclose income or savings in a foreign country – even if the money was earned abroad, and the American is a dual citizen and/or resident of a foreign country – is illegal. FATCA, the Foreign Account Tax Compliance Act, went into effect January 1st, with the aim of preventing money laundering and tax avoidance. Under the law, Israeli banks – as well as banks in one of 112 other countries that the legislation is aimed at – must forward to the U.S. information on accounts and financial assets owned by American citizens in those countries. Those that fail to comply are subject to a 30 percent tax on all transactions they conduct with American banks, as well as other sanctions, such as being banned from the SWIFT foreign banking exchange system.

The legislation was aimed especially at countries considered “tax havens” – countries where Americans could safely set up bank accounts without the IRS finding out. Israel was considered one of the prime targets of the law, as foreign residents could maintain tax-free bank accounts for as long as 20 years.

The FATCA deal works both ways. While the motivation for Israel to sign the deal with the U.S. Treasury was to track down Americans who had unreported bank accounts in Israel and disclose that information to American authorities, Israel has also used the law to find Israelis with unreported bank accounts in the United States, with the IRS informing the Tax Authority about 35,000 such accounts.