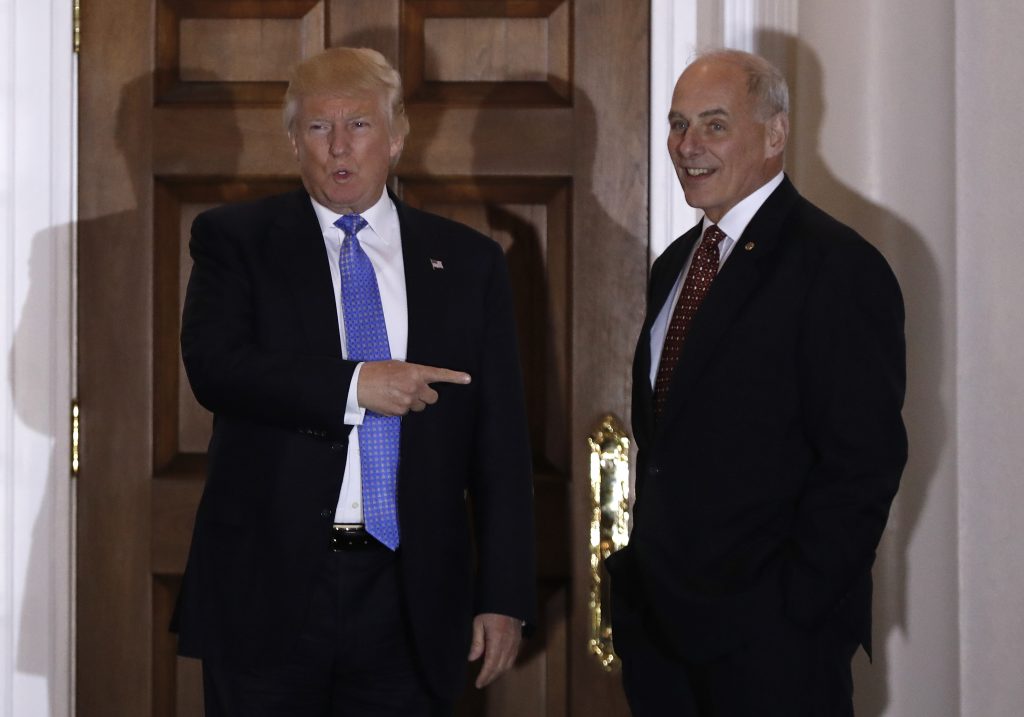 Donald Trump the presidential candidate made no secret of his desire to crack down on illegal immigration, but once elected, he repeatedly offered varying interpretations of just how tough he would be in the White House.

Now a pair of enforcement memos from Homeland Security Secretary John Kelly lay bare exactly what the Trump administration plans to do and how many of the estimated 11 million immigrants living in the United States illegally will be targeted for deportation. The short answer: a lot.

A look at some of what the policy memos say the government will do.

A border security memo calls for the use of a long-standing but obscure U.S. law to send some immigrants who have crossed the border illegally back to Mexico even if they are from other countries. The memo and the law it cites don’t include details on how or if the U.S. can force the Mexican government to allow foreigners to wait in that country while U.S. officials decide their fate. Historically, the U.S. has jailed and tried to deport foreigners from countries other than Mexico, while Mexican nationals could be easily and quickly sent back over the border. The proposal is likely to come up in discussions this week in Mexico between Kelly, Secretary of State Rex Tillerson and the Mexican government.

One of Kelly’s memos directs the Homeland Security Department to stop providing some legal protections to child immigrants caught crossing the border alone if they are reunited with their parents or a legal guardian inside the United States. The protections generally allow for those children to have their case decided by a judge, but the new policy would likely subject them to fast-track deportation proceedings that don’t require a judge’s approval. The memo also calls for the government to investigate the immigration status of those parents or guardians and any possible criminal activity connected to bringing the children into the United States.

Immigration advocates decried the effort to target parents of child immigrants who they say are largely fleeing violence in Central America. Jen Smyers, director of policy and advocacy for Church World Service’s Immigration and Refugee Program, said those parents are focused on getting their children to safety.

Under the Obama administration a program allowing local police and jailers to act as immigration agents was curtailed as the government narrowly focused immigration enforcement. Communities also complained that some jurisdictions were overly aggressive in enforcing federal laws.

The Secure Communities program, which uses fingerprints collected in local jails to identify immigrants in the U.S. illegally, was halted amid complaints and court rulings barring some jurisdictions from detaining immigrants for federal authorities.

Kelly’s memos make clear that the government plans to restart those programs.

Kelly’s directive calls for more people caught crossing the border illegally to face criminal charges. It is illegal to cross the border without permission, and the government does charge immigrants with crossing the border for the first time or coming back after being deported, a felony. But to do that on a wide scale, as was done along at least one section of the border in Texas under President George W. Bush, is costly and resource intensive.

One of the Kelly memos also calls for more jails. The government currently has the space and money to jail 34,000 people at a time. Congress will likely have to approve tens of millions of dollars for new construction and staff for the facilities or fund contracts with private prison companies.

The Trump administration announced plans to hire 5,000 new Border Patrol agents and 10,000 Immigration and Customs Enforcement agents. That will be a tall order. Customs and Border Protection, the parent agency of the Border Patrol, is already having trouble hiring new agents, as about 2 out of every 3 job applicants fails the agency’s polygraph test. There are already about 2,000 Border Patrol vacancies, a deficit largely attributed to the polygraph fail rate.

Kelly suggested to lawmakers earlier this month that the hiring would be slow and deliberate, and the agency would not lower its standards.

One of Kelly’s memos outlines that criminal immigrants will be a top priority. But that category is broad and includes anyone convicted, arrested or suspected of a crime. That means anyone arrested for even a minor traffic violation or suspected of crossing the border illegally will now be a priority.

More than half the estimated 11 million immigrants living in the country illegally are believed to have crossed the border illegally. Immigrants who have overstayed a visa have not committed a crime but a civil violation. Still, those immigrants could also face deportation if they are arrested for just about any offense or simply encounter immigration officials looking for someone else.

Kelly’s memos do not rescind or change the Obama-era Deferred Action for Childhood Arrivals, or DACA, program that protects more than 750,000 young immigrants from deportation and allows them to work.

Trump decried the effort as an “illegal amnesty” during the campaign but softened his stance on the issue after winning November’s election. The administration has not said how long the program will continue, but White House spokesman Sean Spicer said Tuesday those protections will remain in place so long as those immigrants don’t commit a crime or otherwise become a security threat.