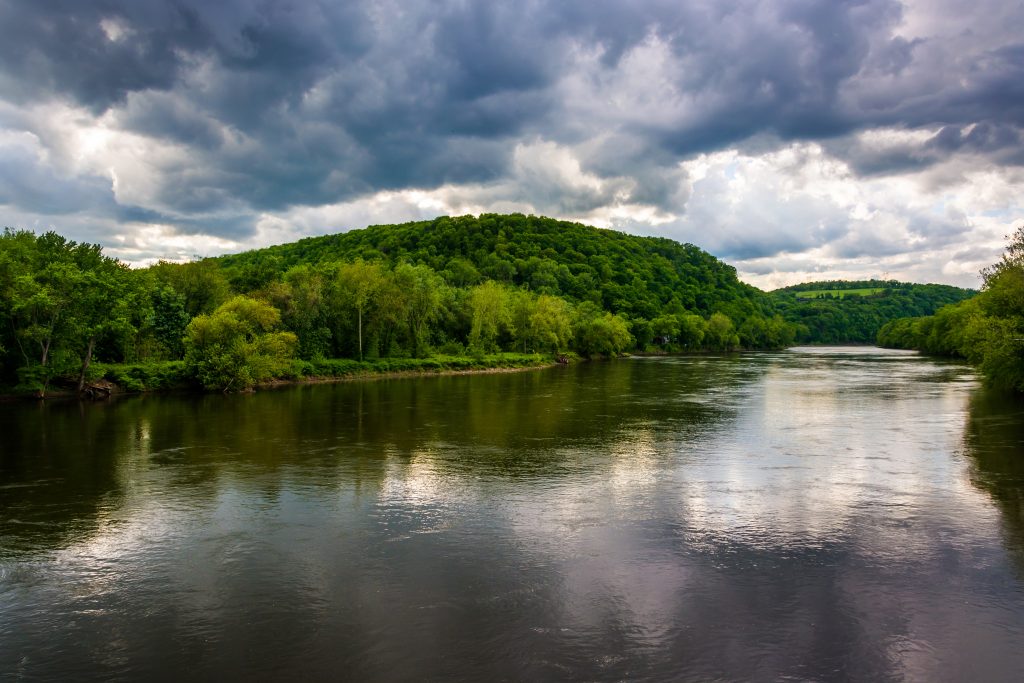 Environmental groups and anti-drilling residents fear regulators are taking steps to lift a seven-year moratorium on natural gas development near the Delaware River, whose watershed supplies Philadelphia and half the population of New York City.

They may or may not have anything to worry about.

The Delaware River Basin Commission, the agency that monitors and regulates the water supply of more than 15 million people, is remaining characteristically opaque about the progress of natural gas regulations that would open Pennsylvania’s northeastern tip to drilling and fracking.

Nevertheless, environmental activists packed a commission meeting last week to voice opposition amid rumblings that the agency has been accelerating work on the long-delayed regulations, which have been under development since former President Barack Obama’s first term.

The activists became uneasy after learning that staff from the Pennsylvania Department of Environmental Protection recently met with basin commission staff to discuss draft regulations for drilling in the Delaware watershed.

“It raised alarm bells for us right away,” said Tracy Carluccio, deputy director of the Delaware Riverkeeper Network.

The Nov. 29 meeting was disclosed in the Pennsylvania DEP’s January report to a citizens advisory group. The DEP said that “all jurisdictions” at the meeting reviewed the draft regulations and “provided direction to the commission related to the next steps for regulatory actions.”

A basin commission spokesman responded to an Associated Press inquiry about the status of the drilling regulations by linking to the commission’s rarely updated web page on drilling, which states: “There is no time frame for when the draft regulations will again come up for a vote.” The spokesman refused to answer follow-up questions.

The commission, which has representatives from New Jersey, New York, Pennsylvania, Delaware and the federal government, abruptly shelved draft regulations in late 2011, and there has been little public movement on the issue since. It’s not clear the five-member commission has any appetite to lift the drilling moratorium, which it imposed in 2010, citing the need to develop regulations to protect the environment.

“The public is at a disadvantage because we can’t find out what’s really going on,” Mr. Carluccio said. “But we think there are enough danger signals here to warrant the public’s response.”

Environmental groups contend large-scale gas exploration so close to crucial waterways and renowned fisheries invites catastrophe. Farmers and other landowners say drilling will bring jobs and prosperity, and chafe at what they see as unwarranted regulatory foot-dragging by the commission. Thousands of Marcellus Shale wells have been drilled in other parts of Pennsylvania.

A federal lawsuit filed in May argues the basin commission has no legal authority to block natural gas development. The plaintiff is Wayne Land and Mineral Group LLC, which wants to drill on its 180-acre property in northeastern Pennsylvania but has been stymied by the moratorium. The landowners have asked a judge to rule that the commission lacks jurisdiction to regulate drilling. The suit is pending.

Pennsylvania Gov. Tom Wolf, who has a seat on the basin commission by virtue of his office, said in 2015 he supported the moratorium. His position has not changed, said his spokesman, J.J. Abbott.

“Any decision regarding the de facto moratorium on new permits should be made regionally with the participation of all DRBC members,” Mr. Abbott said.

A spokesman for first-year Delaware Gov. John Carney said Gov. Carney wants to “thoroughly review any regulations impacting the standing moratorium” before taking a position. The office of New York Gov. Andrew Cuomo, who has banned fracking in his state, did not respond to a request for comment, nor did the office of New Jersey Gov. Chris Christie.

The federal representative to the basin commission is Brigadier Gen. William Graham of the U.S. Army Corps of Engineers. Mr. Graham’s spokesman had no immediate comment. Activists worry the administration of President Donald Trump might push to lift the moratorium.

Randall Chase in Dover, Delaware, contributed to this report.