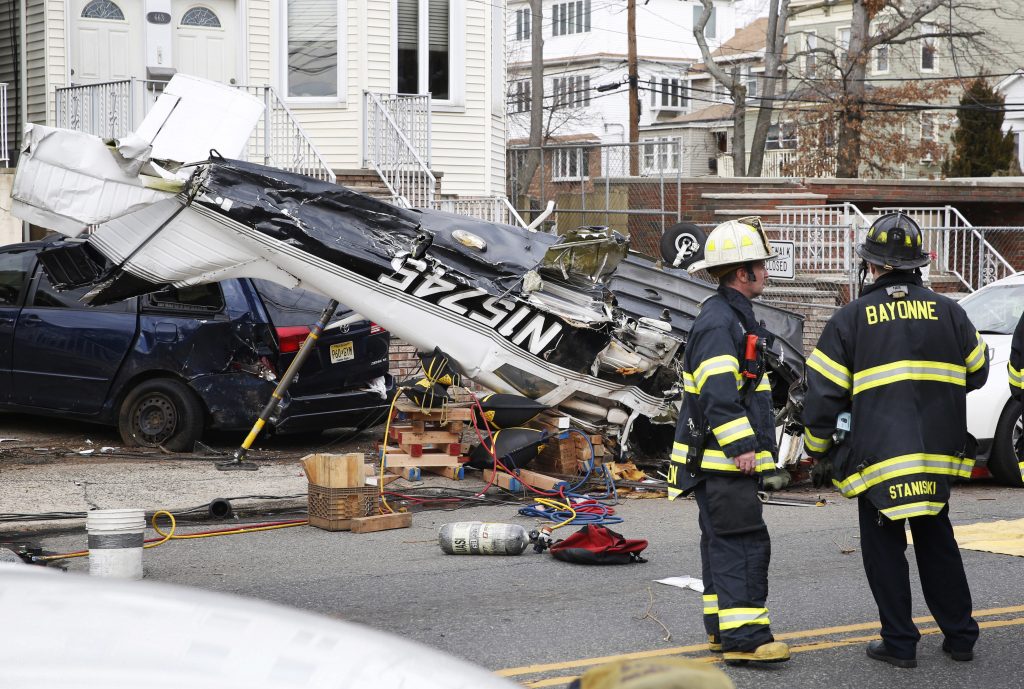 A small plane has crashed in Bayonne, New Jersey, Sunday morning, injuring the pilot but sparing residents in nearby homes and businesses.

The single-engine Piper went down shortly after 10 a.m. Sunday on Avenue E between 41st and 42nd Streets.

City officials say the 56-year-old pilot was alert and talking after rescuers removed him from the wreckage. He was taken to a hospital with undisclosed injuries and was in stable condition.

The pilot was the only person aboard the plane. His name hasn’t been released.

The plane mangled power lines and damaged parked vehicles, and came down not far from a gas station.