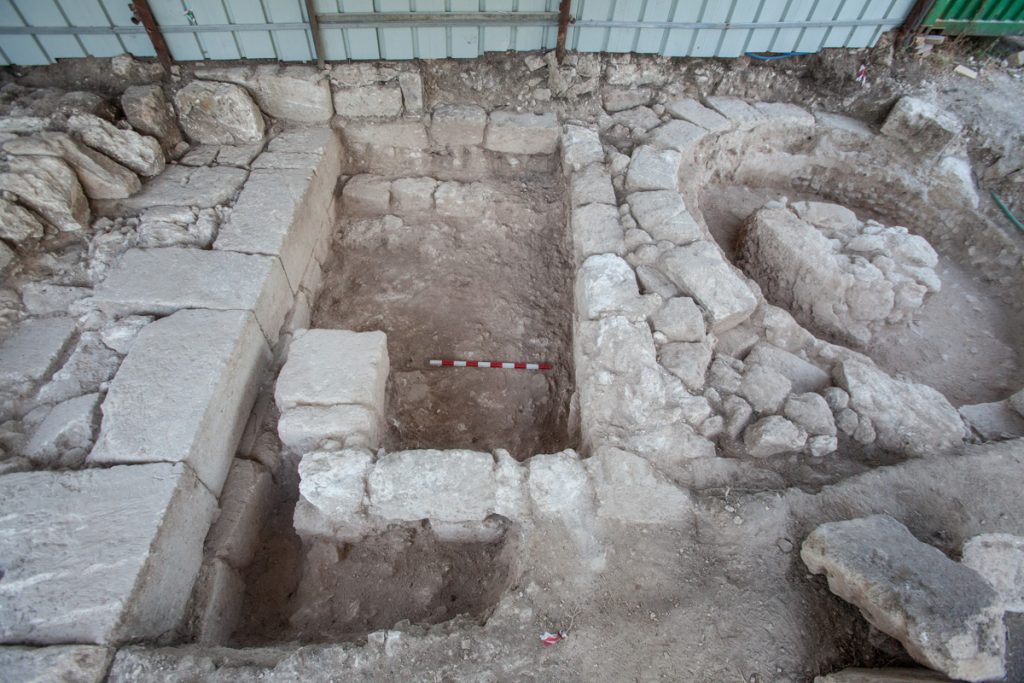 Archaeologists from the University of Haifa were astonished to discover a massive gateway during recent excavations at Beit She’arim in northern Israel, where the Sanhedrin sat in the second century, and where Rabbi Yehudah HaNasi resided.

Half of an impressive northeast-facing gate built of limestone blocks — with postholes for doors and locks, abutting a circular tower situated on a road leading into the ancient town — was found during a dig in the fall of 2016, the university revealed on Wednesday.

“As far as we were aware, a settlement of this type wasn’t supposed to be ringed by a wall, and therefore it was almost obvious that the name Beit She’arim wasn’t connected to the word ‘gate,’” archaeologist Adi Erlich explained. In fact, no gates were ever found there since excavations of the site began in 1936 — until now.

Erlich, who headed the dig, explained why the place was not expected to have a gate, despite its name:

“Most of the settlements in the Roman period weren’t fortified, and certainly not a relatively small Jewish town that wasn’t even considered an official Roman town. There were isolated fortified Jewish towns in the north, like Yodfat, but even those towns that were large and central didn’t include a large and impressive gate like this,” she said.

Why it did have a gate is not known. But Erlich hypothesized that it was an affluent community, and as such built fortifications to surrounds it for security.

“Another possibility is that it’s an important fortress positioned at a Roman-era site, and we exposed its gatehouse,” she said.