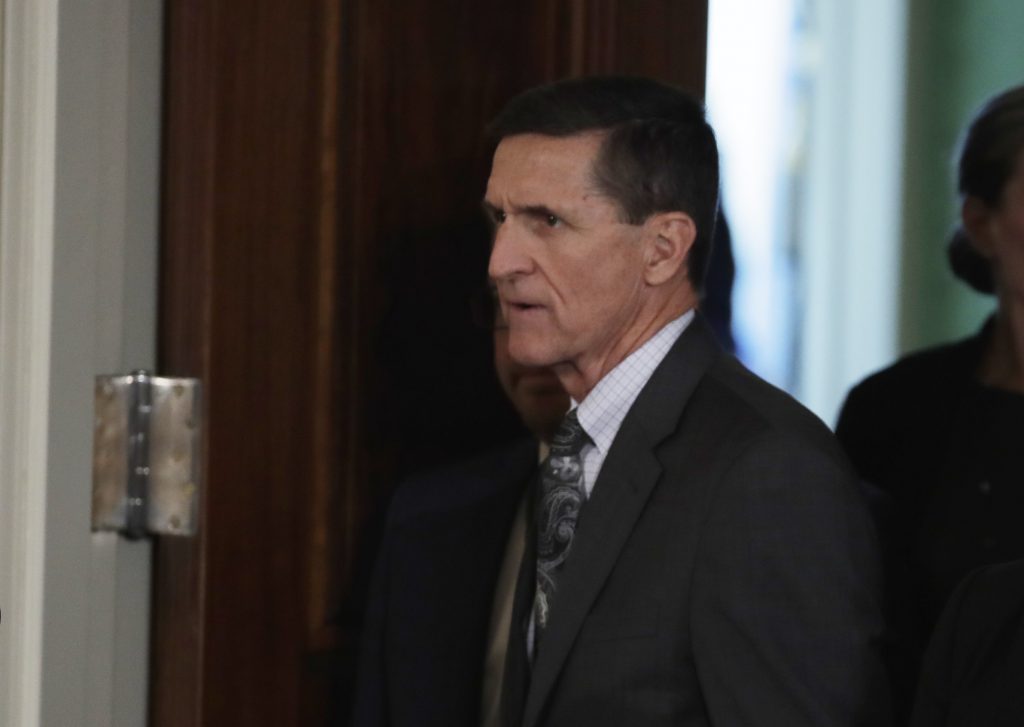 The White House broke its silence on the future of National Security Adviser Michael Flynn Monday, with a top adviser asserting that President Donald Trump retains “full confidence” in Flynn following reports that he misled senior officials about his contacts with Russia.

Flynn apologized privately for the controversy to Vice President Mike Pence, according to an administration official. Pence, relying on information from Flynn, publicly vouched that the retired Army lieutenant general did not discuss sanctions with Russia’s ambassador to the U.S. Flynn has since told the White House that sanctions may have come up in the calls.

Trump himself has still said nothing about Flynn following a Washington Post report last week confirming that sanctions were a topic of conversation. But on Monday, White House counselor Kellyanne Conway said Flynn has Trump’s backing.

“He has the full confidence of the president,” Conway said.

Flynn sat in the front row of Trump’s news conference earlier Monday with Canadian Prime Minister Justin Trudeau. But the president did not receive a question about Flynn’s future from a pair of reporters and he ignored journalists’ shouted follow-up inquiries as he left the room.

Trump told associates over the weekend that he was troubled by the situation, but did not indicate that he planned to ask Flynn to step down, according to a person who spoke with him recently. The person spoke on condition of anonymity to discuss private conversations. Flynn was a loyal Trump supporter during the campaign, but he is viewed skeptically by some in the administration’s national-security circles, in part because of his ties to Russia.