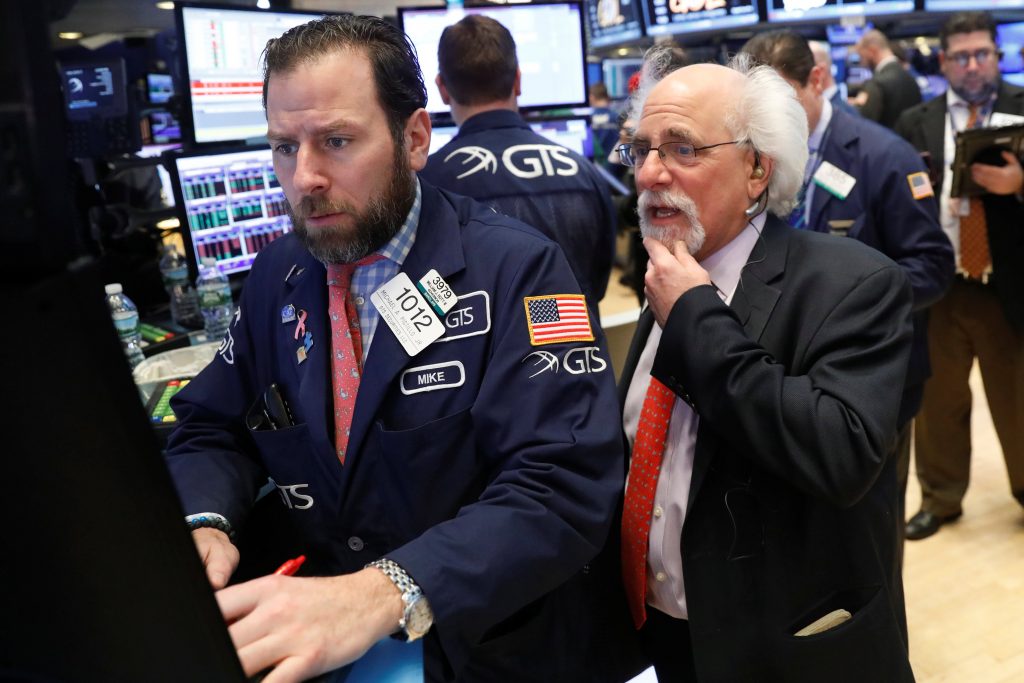 THE QUOTE: “We’re not quite breaking out, we’re not really going down. We’re just caught in this range,” said Ryan Detrick, senior market strategist at LPL Financial. “When you look at why, at least today, it’s the realization that earnings season is OK, but it’s not quite as good as we might have hoped.”

MALL WOES: Newell Brands tumbled 5.5 percent after the maker of Rubbermaid, Sharpie, Elmer’s Glue and other products reported disappointing sales and issued a full-year sales forecast that fell far short of analysts’ estimates. The company said the strong dollar and fewer people shopping at malls hurt sales of some key products. The stock fell the most in the S&P 500, sliding $2.57 to $44.32.

MIXED RESULTS: Sysco slid 4.2 percent after the food company reported better earnings, but its revenue was weaker than expected. The stock was down $2.23 to $50.31.

EXECUTIVE SHUFFLE: Tiffany & Co. fell 3 percent a day after the jewelry company’s CEO stepped down amid concerns about the company’s financial performance. Tiffany has begun to search for a successor to Frederic Cumenal, who was named chief executive of the company in April 2015. Michael Kowalski, chairman of the board of directors and previous CEO of Tiffany, was tapped to serve as interim CEO. The stock shed $2.40 to $78.07.

PLAYTIME: Hasbro vaulted 13.8 percent after the toymaker’s fourth-quarter profit and sales beat Wall Street’s estimates. The company reported better sales of toys marketed to girls. The stock led all the gainers in the S&P 500, climbing $11.40 to $94.03. Rival Mattel also got a lift, increasing by 34 cents, or 1.3 percent, to $26.16.