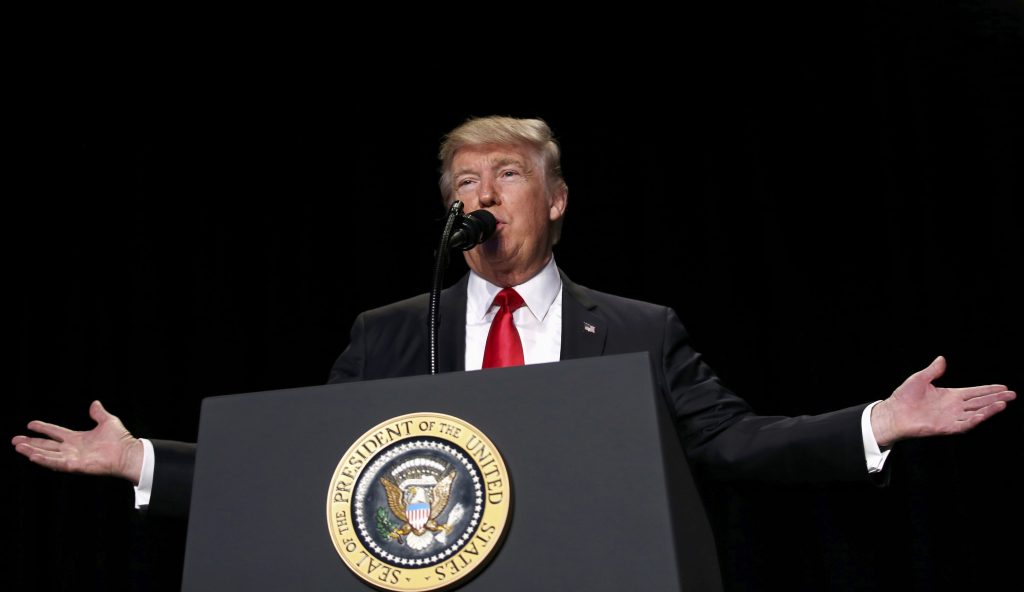 President Donald Trump defended his order to temporarily bar entry to people from seven majority-Muslim nations, which has come under intense criticism at home and abroad, saying on Thursday it was crucial to ensuring religious freedom and tolerance in America.

President Trump, speaking at a prayer breakfast attended by politicians, faith leaders and guests, including Jordan’s King Abdullah, said he wanted to prevent a “beachhead of intolerance” from spreading in the United States.

“The world is in trouble, but we’re going to straighten it out, OK? That’s what I do – I fix things,” President Trump said in his speech.

President Trump also sought to reassure the large crowd about the nature of his phone calls with world leaders.

The Washington Post said Trump had a tense call with Australia’s Prime Minister about his immigration order.

“We’re taken advantage of by every nation in the world virtually. It’s not going to happen anymore,” said President Trump, who campaigned on a stance of “America first” that he said would ensure the country was not taken advantage of in its trade or other foreign relations.

President Trump said the United States has taken “necessary action” in recent days to protect religious liberty in the United States, referring to his immigration action. Critics of the measure have accused him of violating the constitutional guarantee of religious freedom, because the designated countries are majority-Muslim, and of slamming the door shut to refugees.

President Trump has said the move was necessary to ensure a more thorough vetting of people coming into the United States.

“Our nation has the most generous immigration system in the world. There are those who would exploit that generosity to undermine the values that we hold so dear,” President Trump said.

“There are those who would seek to enter our country for the purpose of spreading violence, or oppressing other people based upon their faith or their lifestyle – not right. We will not allow a beachhead of intolerance to spread in our nation,” he said.

The White House said on Wednesday it has issued updated guidance on the travel order clarifying that legal permanent residents, or green-card holders, from the designated countries require no waiver to enter the United States.