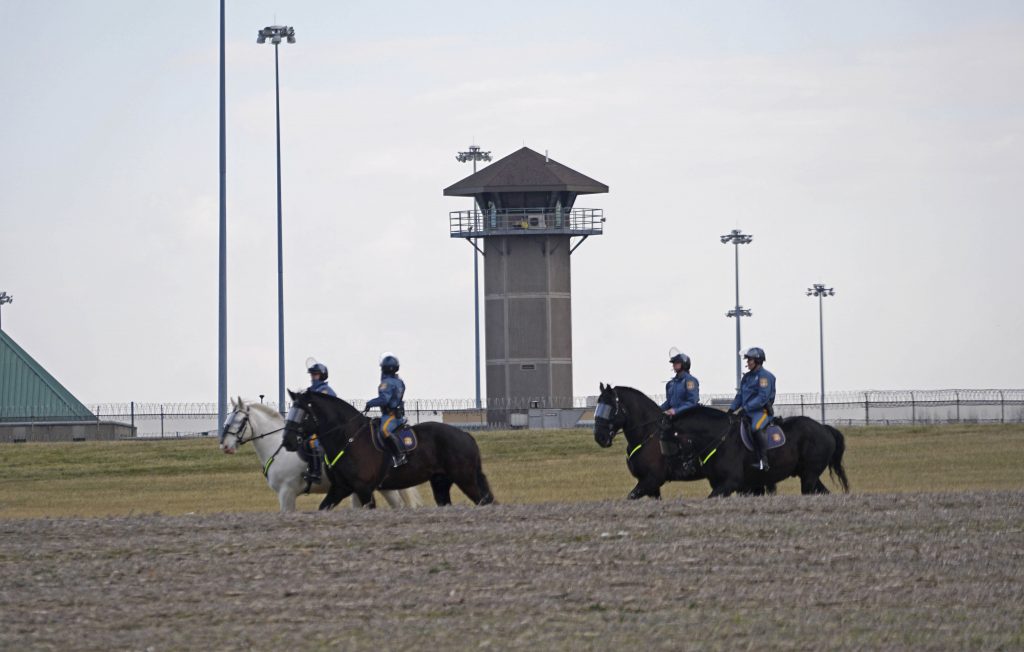 A second hostage, a female counselor, was safely rescued minutes after the tactical teams forced their way into the all-male, 2,500-prisoner James T. Vaughn Correctional Center. Some inmates had shielded her from harm, officials said.

Gov. John Carney called the uprising a “torturous” ordeal. In a statement, he said authorities will hold accountable those responsible and “make whatever changes are necessary to ensure nothing like it ever happens again.”

Authorities did not immediately explain how 47-year-old Sgt. Steven Floyd died, but the head of the guards union said the 16-year veteran of the prison was forced into a closet and killed by his captors at some point.

During the takeover, Floyd yelled to other guards who were coming to help him that the inmates had set a trap, saving some of his fellow officers’ lives, said Geoffrey Klopp, union president.

One inmate told a local newspaper via phone that they were demanding better education and rehabilitation programs and were also upset over President Donald Trump and “all the things that he’s doing now.”

“We know that the institution is going to change for the worse,” he told The News Journal in Wilmington.

During negotiations conducted for a while via an officer’s walkie-talkie, the inmates released two hostages and got authorities to turn the water back on, saying they needed it for drinking and washing. Instead, they filled up metal footlockers and built barricades.

Officers finally went in with heavy equipment around 5 a.m. and found Floyd unresponsive, authorities said. He was pronounced dead about a half-hour later.

The guards who were taken hostage were beaten severely by their captors and suffered broken bones, cuts and eye injuries, Klopp said. Authorities said their injuries were not life-threatening.

It wasn’t immediately clear how many inmates took part in the uprising. About 120 were in the building when it began, but dozens were let out as the standoff dragged on.

Officers inside the cellblocks are not armed, for fear they could be overpowered and stripped of their weapons. Armed guards are posted in prison towers.

The negotiations via walkie-talkie were broadcast online for more than an hour before officials blocked the transmission. The conversations were mostly calm, with moments of tension. At one point, an unidentified inmate told a negotiator that the prisoners wanted a “formal apology” from the governor for “decades of oppression.”

The prison, about 15 miles outside the state capital of Dover, holds minimum-, medium- and maximum-security prisoners serving sentences, along with defendants awaiting trial, and has about 1,500 guards. Building C includes inmates being disciplined for infractions.

“Statewide, we are down on any given day about 90 positions,” said Coupe, who added that the agency uses overtime to meet minimum staffing levels.

Klopp said Floyd’s death was preventable and slammed the state for understaffing and low pay.