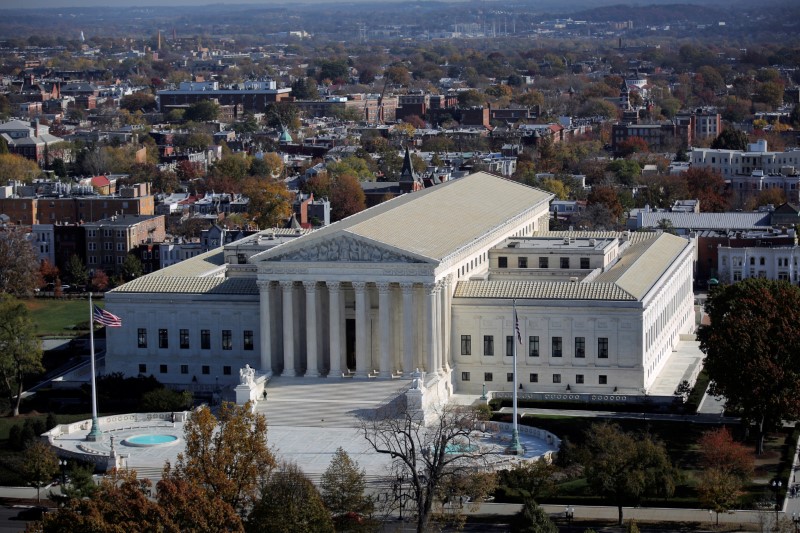 What happens depends in part on Trump’s choice for the opening.

Federal appeals court judges William Pryor, Neil Gorsuch and Thomas Hardiman are front-runners to fill the seat of the late Justice Antonin Scalia, according to a person familiar with the process who was not authorized to speak publicly about internal decisions and discussed the search on condition of anonymity.

Trump said he plans to announce his court pick on Tuesday night.

A look at what to expect in the Senate:

Senate Minority Leader Chuck Schumer of New York has said Democrats will oppose any nominee outside the mainstream. He will likely decide whether to try to block, or filibuster, based on the nominee’s performance in confirmation hearings and feedback from his Democratic caucus, including the 10 senators who are up for re-election in states that Trump won last year.

The advantages of trying a filibuster are clear — make Republicans work to find the 60 votes needed to end it, including at least eight Democrats, and as a result, delay or block the nomination. Republicans hold a 52-48 majority.

But there are also downsides. Democrats running for re-election next year in states Trump won in 2016 could face political consequences for their party’s attempted obstruction. And if Republicans change the rules and eliminate the filibuster altogether, Democrats would have lost their most powerful weapon in future Supreme Court fights.

Republicans did not try to filibuster either of former President Barack Obama’s Supreme Court nominees. The only filibuster attempt in the past few decades was by Democrats against Justice Samuel Alito, nominated by former President George W. Bush. The effort failed and Alito was confirmed.

If there’s an attempted filibuster, Republicans would first try to woo eight Democrats to vote with them to overcome it. But those votes aren’t a given. While there are several senators up for re-election in Republican-leaning states, some are loyal Democrats who rarely cross party lines.

Gorsuch and Hardiman won broad Senate support when they were confirmed for their appeals court judgeships. Gorsuch was confirmed by voice vote in 2006; Hardiman 95-0 in 2007. Pryor was confirmed 53-45 in 2005.

Conservative groups are ready. The Judicial Crisis Network has said it will spend $10 million to ensure Trump’s pick is confirmed.

“We will force vulnerable senators up for re-election in 2018 like Joe Donnelly and Claire McCaskill to decide between keeping their Senate seats or following Chuck Schumer’s liberal, obstructionist agenda,” said Carrie Severino, the chief counsel and policy director of the group.

Donnelly, D-Ind., and McCaskill, D-Mo., both represent states that Trump won with more than 55 percent of the vote.

If Democrats decide to try to filibuster and McConnell can’t get enough Democratic votes to overcome it, he’ll have a major decision to make. Does he change the rules of the Senate and make it impossible to filibuster a Supreme Court nominee? A last resort, getting rid of the filibuster is dubbed “the nuclear option.”

Then-Senate Majority Leader Harry Reid changed the rules for lower-court judges in 2013 after Republicans had blocked many of President Barack Obama’s nominations. McConnell, a devout Senate institutionalist, strongly criticized Reid for doing that and is seen as reluctant to make a similar move.

Trump told Fox News on Thursday that he would encourage McConnell to go that route, however.

Conservatives are already somewhat split on whether McConnell should “go nuclear” if he can’t find the votes. The Heritage Foundation warned of the consequences, suggesting that eliminating the filibuster for Supreme Court nominations could set a precedent for getting rid of the legislative filibuster, which has been used successfully by both parties, when in the minority, to block legislation.

The Heritage memo pushed another strategy for getting around the filibuster called the “two-speech rule.” The idea is to use Senate rules allowing senators only two speeches in a legislative day, which is different from a calendar day. By extending a legislative day over several days or weeks, Republicans could wait until all Democrats had given their two speeches and none were left to speak, allowing the Senate to move to a simple majority vote.

That strategy would require a lot of time and effort, and Democrats would likely look for procedural ways to thwart it.

Whatever happens, look for each side to bring up history.

“What we hope would be that our Democratic friends will treat President Trump’s nominees in the same way that we treated Clinton and Obama,” McConnell said this week.

Scalia died last February, and McConnell said within hours of his death that the next president, not Obama, should have the pick. Republicans didn’t even hold hearings on Obama’s nominee, Judge Merrick Garland, and the strategy paid off.

Democrats will be mindful of McConnell’s refusal to consider Garland when deciding how to treat Trump’s nominee.

In turn, Republicans are already reminding Democrats of their slogan for much of last year: “We need nine,” referring to a full slate of judges on the court.