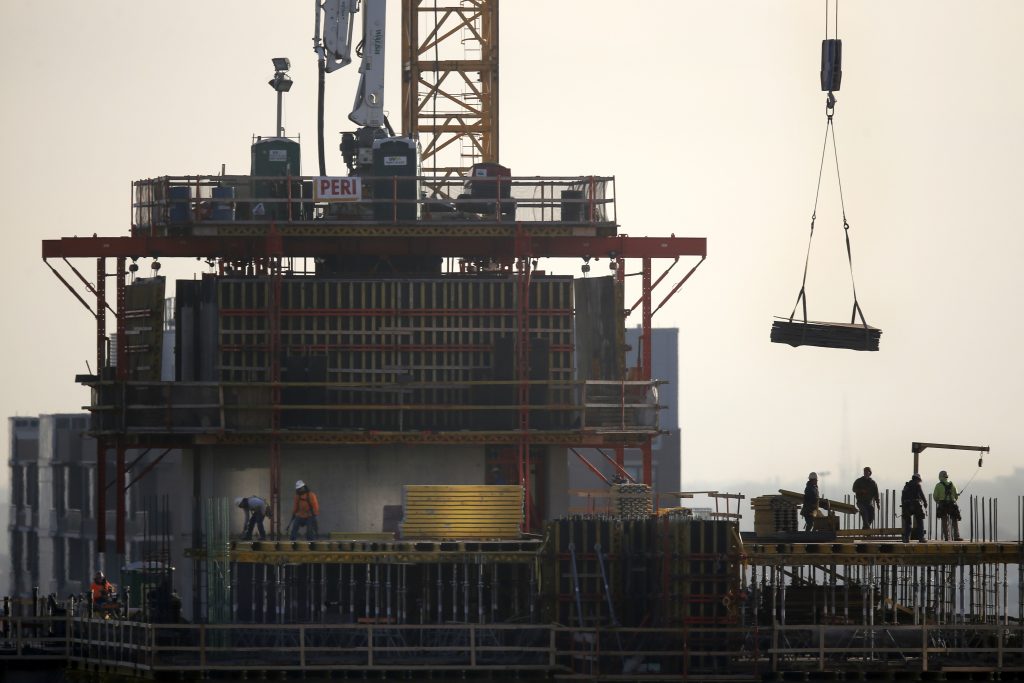 The U.S. economy stumbled in the fourth quarter, expanding at a disappointing 1.9-percent annual pace and making last year the weakest for growth since 2011, the Commerce Department reported Friday.

The figure for the October-through-December period was below analyst expectations and well off the 3.5-percent annual growth rate for the third quarter. That was the strongest pace in two years.

But a sharp reversal in exports — down 4.3 percent after a 10-percent increase in the previous quarter — and slower pace of consumer-spending growth in the fourth quarter offset an improvement in business investment.

Economists expected growth to decline after a jump in the third quarter that was fueled by consumers and businesses making up for a dismal first half of the year. The economy expanded at just a 0.8-percent rate in the first quarter of 2016 and 1.4 percent in the second quarter.

The fourth-quarter data, the first of three official estimates, means that the U.S. economy expanded just 1.6 percent for all of 2016. That was down from 2.6 percent the previous year and the worst performance since 2011.

The figures also cement Obama’s status as the first president since Herbert Hoover to not have at least one year of economic growth at 3 percent or higher.

The best year under Obama was 2015, when the economy expanded 2.6 percent.

But economists note that Obama started his term in the depths of the Great Recession, which began in late 2007. The economy contracted 2.8 percent in his first year in office. Growth returned in 2010 but has been around 2 percent since then.

Trump has promised to get the economy growing at 4 percent annually.

“To get the economy back on track, President Trump has outlined a bold plan to create 25 million new American jobs in the next decade and return to 4 percent annual economic growth,” according to the “Bringing Back Jobs and Growth” page on the White House website.

That would be accomplished by lower taxes, including cutting the corporate rate, eliminating “job-killing regulations” and striking new trade deals that lead to more manufacturing jobs in the U.S., the White House said.

But Steven Mnuchin, Trump’s nominee for Treasury secretary, appeared to scale down expectations during his confirmation hearing last week, saying his main objective was annual growth of 3 percent to 4 percent.