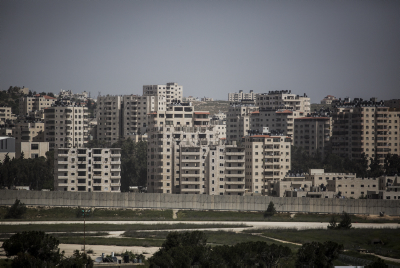 Contrary to popular belief, there is plenty of room in Yerushalayim for major housing developments, and even whole new neighborhoods – and one such project, which will be marketed for the Chareidi public, will see some 8,000 new apartments built in the Atarot area.

Atarot is best known for its industrial zone, located on the “seam line” between Jewish and Arab neighborhoods in the northern part of the city, but it turns out there are large swaths of undeveloped space in the area. Mayor Nir Barkat has authorized several committees to develop building plans, along with schools, parks, shopping areas, and work opportunities for future residents.

Although not within walking distance, Atarot is located several minutes by car from neighborhoods like Sanhedria and Neve Yaakov, and several streets and highways already lead to areas like Ramot and central Yerushalayim. Plans will take several months to complete, municipal sources said.

The project will be a mix of large apartments, designed for families with numerous children, as well as smaller apartments, for young couples. Prices have not been set, of course, but officials said that the city hoped that the apartments could be built in a manner so they could be sold for below the current (very high) market prices in the city.

Last week, the municipality approved the construction of 671 new homes in areas of Yerushalayim liberated in the 1967 Six-Day War. The approvals were set to be handed down several weeks ago, but city officials said that they were asked to hold off until after President Trump took office.