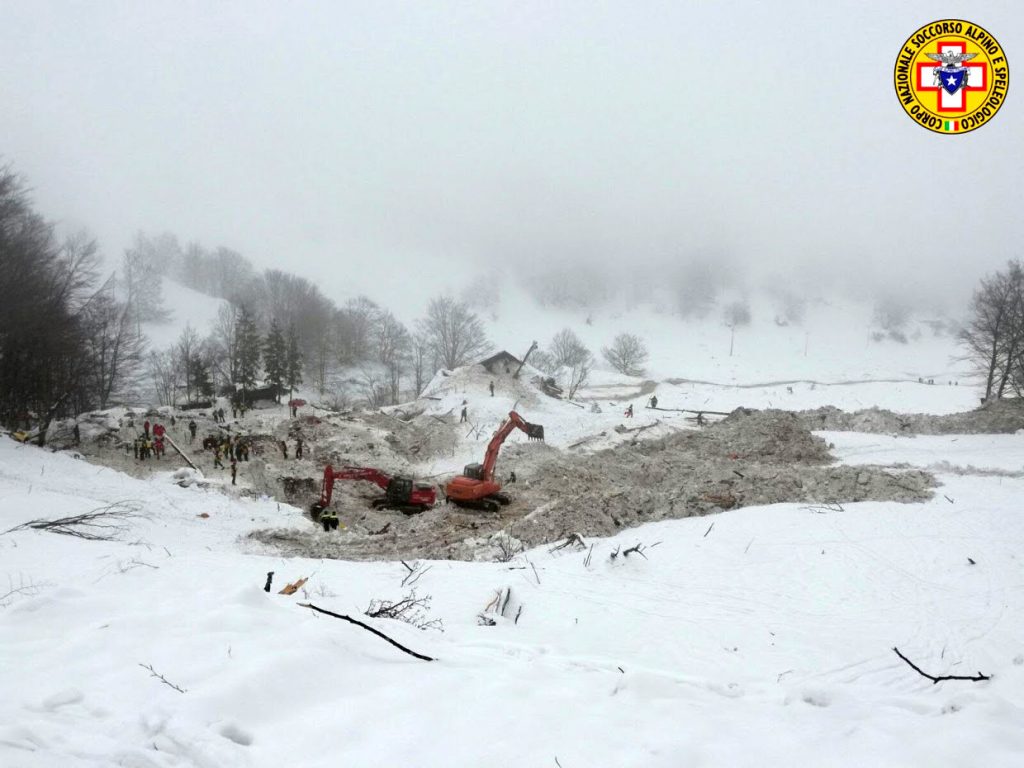 A medical emergency helicopter carrying six people crashed in a mountainous area of central Italy on Tuesday and local media reported that all those aboard were killed.

Video from the scene showed the front half of the helicopter completely destroyed on a snowy, fog-shrouded slope.

The accident happened on the other side of Italy’s Gran Sasso mountain range about 62 miles from the site of last week’s avalanche that buried a hotel and killed at least 15 people.

The helicopter involved in Tuesday’s accident was not part of ongoing rescue operations at the hotel. Instead, it was on its way to a hospital in the provincial capital of L’Aquila after picking up an injured skier.