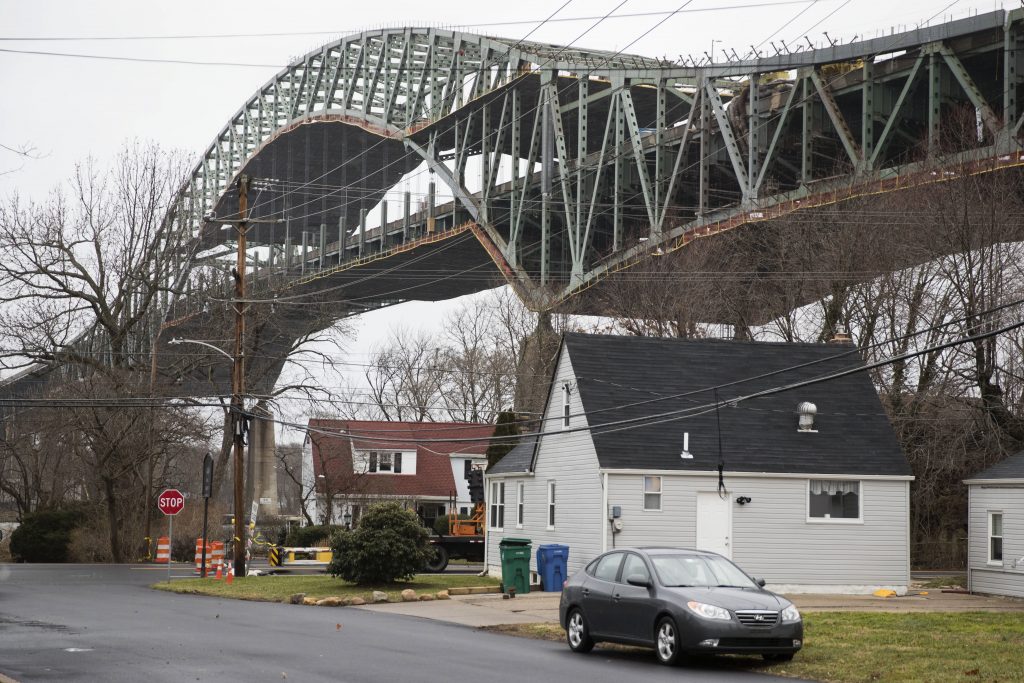 Engineers will need at least two weeks to get a handle on the repairs needed to fix a heavily traveled bridge between Pennsylvania and New Jersey after one of its support beams fractured cleanly into two pieces — a highly unusual event that had some experts suspecting a flawed, six-decade-old weld.

The Delaware River Bridge, which connects the Pennsylvania and New Jersey turnpikes, was closed indefinitely after workers discovered the broken steel truss last week. Tens of thousands of motorists were told to expect “extreme delays.”

Heavy traffic was reported at other river crossings in the area Monday, with one span reporting backups of up to six miles.

Photos posted on the Pennsylvania Turnpike Commission’s website showed a massive I-beam under the bridge’s westbound lanes sheared in half. Officials believe the 14-inch truss failed recently and suddenly.

“It’s incredibly unusual for steel to break like that,” said Joe Martin, an engineering professor at Drexel University in Philadelphia. “Pieces don’t break. They stretch, they twist, they give you some warning to get out of there. … Fractures are the bridge engineer’s nightmare.”

Karl Frank, professor emeritus of engineering at the University of Texas at Austin, told The Philadelphia Inquirer he suspects holes were mistakenly drilled into the beam during construction and were filled with plug welds.

Martin agreed with Frank’s assessment, adding: “We would never allow that today.”

The span, which opened in 1956, carries more than 42,000 vehicles per day over the Delaware River.