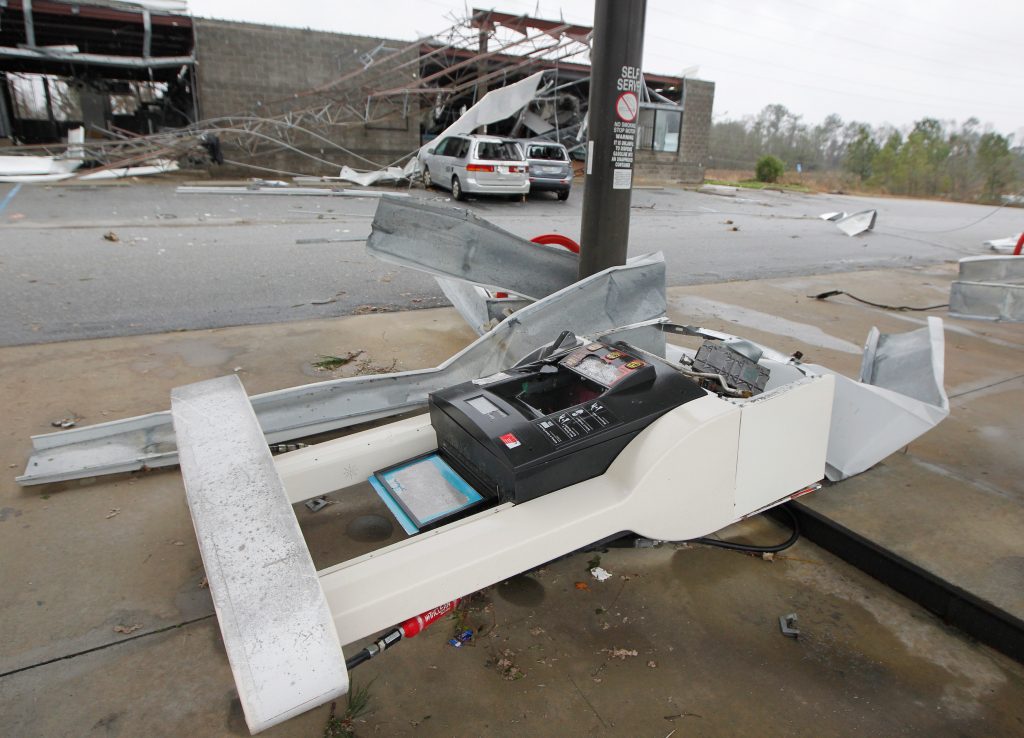 Power was out, schools were closed and cleanup was underway Monday after deadly storms and possible tornadoes ripped through South Georgia over the weekend.

The storms killed at least 19 people in the Deep South, according to the Associated Press. Fifteen of those deaths were in Georgia.

More than 5,360 customers statewide were without service at 7 a.m., Monday, according to Georgia Power. Georgia’s electric cooperatives, which provide electricity and other services to 4.4 million people, reported 16,000 customers were without power at 7:30 a.m., down from a peak of 45,000 Sunday night.

From early Saturday to Sunday night, 39 possible tornadoes were reported across the Southeast, Patrick Marsh with the Storm Prediction Center in Norman, Okla., told the AP. Of that number, 30 were reported in Georgia.

In Adel, storms demolished half of the 40 homes at a mobile home park, Channel 2 reported. People may still be missing, the TV station reported. Search crews were expected to return to the area Monday morning.

“Trailers are just flat, just laid on top of people,” rescue worker Debbie Van Brackel said Sunday. “You need a bulldozer to pull it off. Trailers are upside down.”

Van Brackel, who is both a school bus driver and a volunteer firefighter and EMT, said she had assisted in removing bodies from the wreckage. She said about a dozen trailers had been overturned and destroyed.

Torn wreckage bore no resemblance to the homes they once were. Cadaver dogs and a continuing stream of utility trucks and lumber trucks rolled into and out of the park.

The storms led Gov. Nathan Deal to declare a state of emergency in seven counties in the southern part of central Georgia. President Donald Trump on Sunday called Deal to offer condolences and later pledged his support.

“We’ll be helping out the state of Georgia,” he said.