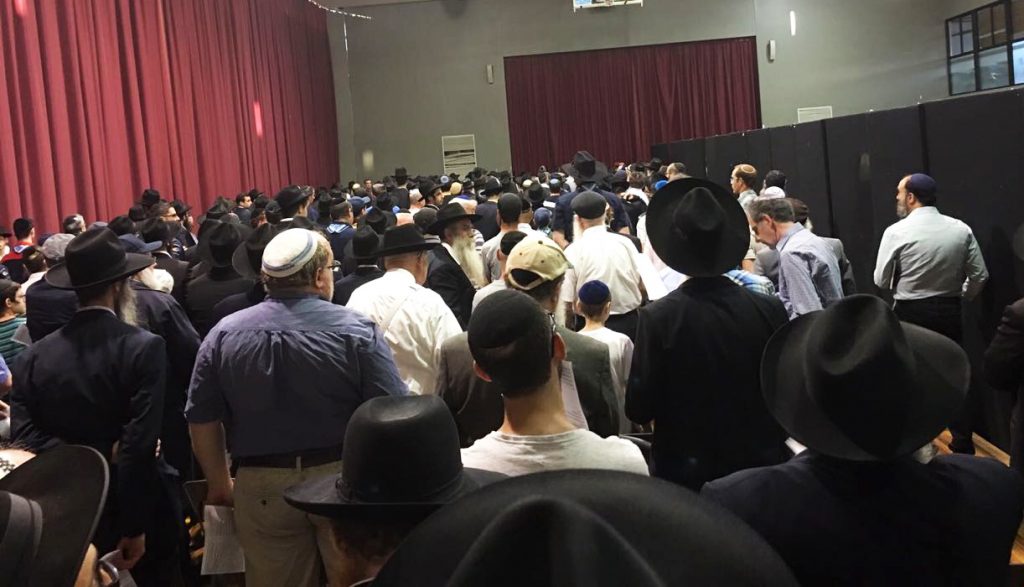 Melbourne’s Jewish community mourned the passing of 10-year-old Thalia Hakin, a”h, a student of the local Chabad Beth Rivkah school, who was tragically killed on Friday after a man deliberately drove into pedestrians in Melbourne’s CBD.

Pursued by police cars, the man had been seen driving erratically before speeding into a pedestrian mall, deliberately plowing into people, Victoria state police said.

Her mother, Nathalie, and her sister Maggie are still hospitalized. All are asked to daven for the refuah sheleimah of Rachel bas Mazal and Mazal bas Chulah, together with all those who were injured.

A community memorial and tefillah service was held Sunday night (local time) at the Werdiger Family Hall, and was attended by hundreds.

Police earlier Sunday raised the death toll to five, after a baby boy succumbed to his wounds in the aftermath of the incident. The three-month-old died two days after the incident, which also left another 20 people seriously injured, as police wait to question the driver who was hospitalized after being shot by officers attempting to stop the carnage.

Police have said the incident was not related to terrorism, dispelling initial fears that it might have been a terror attack.

The police rammed his car and the driver was shot in the arm before being dragged from the vehicle.

A 10-year-old girl, 25-year-old man, 33-year-old man and 32-year-old woman were also killed in the incident, but police said the death toll could rise as four others were very seriously hurt.

Hospitals have treated 37 people in total following the rampage.

Ashton said the incident was not terrorism related, and that the driver had a “criminal history” that included domestic violence charges laid a week earlier for which he was already on bail.

Victorian Premier Daniel Andrews said a memorial would be built to the victims in the Bourke Street mall where they died.