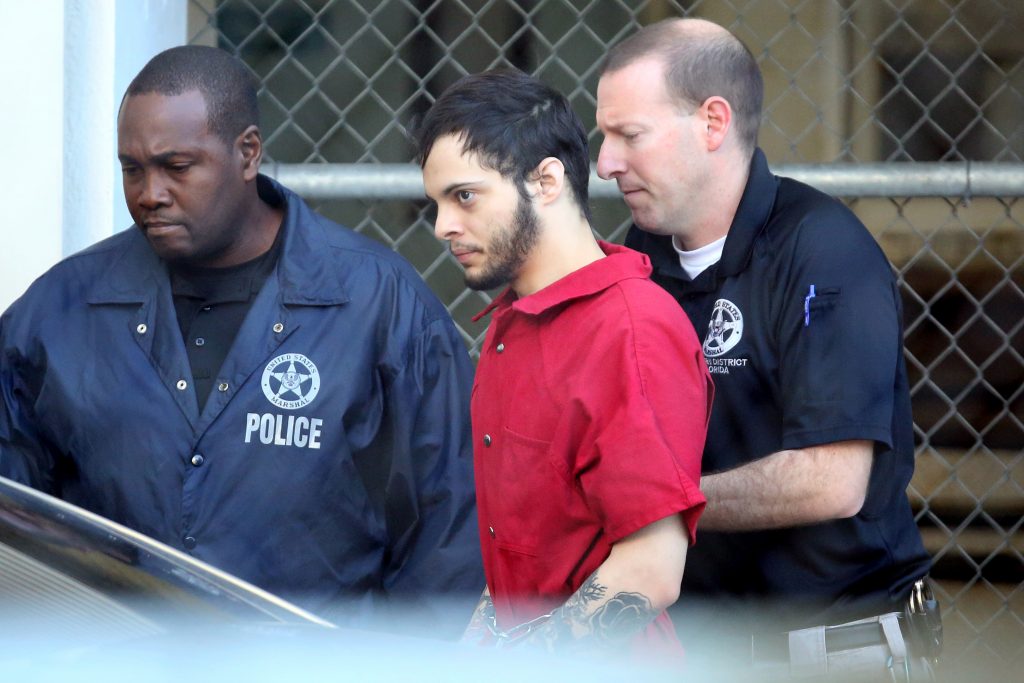 The gunman who opened fire on Fort Lauderdale airport travelers, leaving a trail of questions about his motive for killing five people and injuring six others, told FBI agents after the violent rampage that he had been under “government mind control” and “hearing voices,” authorities said Tuesday at a federal court hearing.

Esteban Santiago also told agents that he had been “participating in jihadi chat rooms online” about planning the deadly attack carried out at Fort Lauderdale-Hollywood International Airport on Jan. 6, prosecutor Rick Del Toro said during the defendant’s detention hearing.

FBI special agent Michael Ferlazzo, who interviewed Santiago, testified that the accused shooter said he had been “in contact with like-minded individuals on the Dark Web … planning attacks.”

But according to federal sources, investigators have not any found evidence so far on Santiago’s computer, smart phone or elsewhere to support his confession-like statements to FBI agents and ` sheriff’s deputies in the immediate aftermath of the mass shooting. Nor have they found any terror-related explanation for the attack from interviewing relatives and other witnesses, sources told the Miami Herald.

But Del Toro, in arguing for Santiago’s detention before trial, said he was a danger to the community and a risk of flight after he “admitted all of the facts of the terrible events.”

Santiago’s assistant public defender, Robert Berube, who questioned the FBI agent on the witness stand about his client’s statements after the shooting, agreed to his detention before trial.

Magistrate Judge Lurana Snow issued the detention order, saying “much of the danger to the community is on camera” — in reference to airport video footage that captured the deadly assault.

Santiago, 26, who was born in New Jersey and raised in Puerto Rico, is set to be indicted on murder charges before his arraignment on Jan. 30. Prosecutors could file a notice of seeking the death penalty along with the indictment, the first step toward a decision that must ultimately be made by the U.S. attorney general.

Since the deadly rampage, FBI agents have been investigating Santiago’s social media sites and questioning witnesses from South Florida to Puerto Rico to Alaska, where he most recently lived before purchasing a one-way ticket to Fort Lauderdale to carry out the apparently random shooting.

Agents have discovered that Santiago, a former Army reservist who did a tour of duty in the Iraq War, had a recent history of domestic violence and a psychiatric evaluation after he approached the FBI in Anchorage two months ago to tell them that he was hearing voices urging him to join the Islamic State terrorist group. He also told agents he was under the mind control of the CIA.

Anchorage police later confiscated his handgun but then a returned it to him last month. It was the same weapon Santiago was suspected of using in the Fort Lauderdale airport shooting.

However, so far, agents don’t believe Santiago is a lone wolf, radicalized by extreme Islamist propaganda on the internet, according to sources familiar with the investigation. Instead, they are still trying to figure out what caused him to snap and why he chose the Fort Lauderdale airport as his target.

On Monday, authorities said Santiago had registered at least four handguns in Puerto Rico, including a 9 mm pistol, the same caliber as the suspected murder weapon.

Puerto Rican police said they couldn’t rule out that Santiago had initially registered the Walther 9 mm — used in the Fort Lauderdale airport shooting — in his hometown of Penuelas.