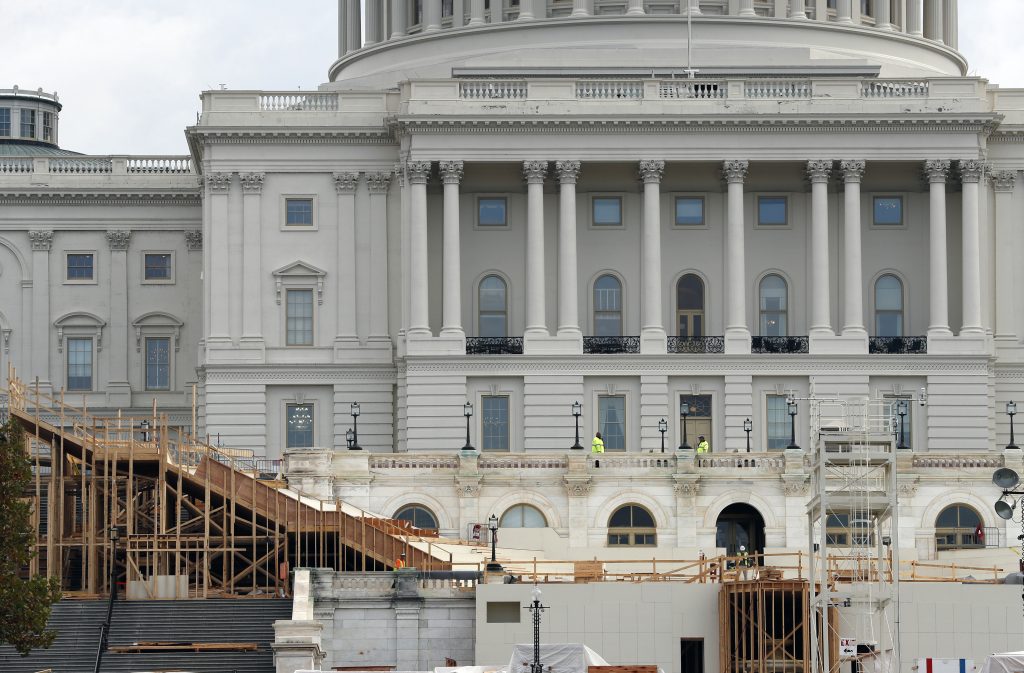 The inauguration of a new president requires the recitation of a 35-word oath. That’s it. Dress it up with some hoopla and glitz, though, and pretty soon you’re talking real money.

Donald Trump will have it to spend.

Trump’s Presidential Inaugural Committee has raised a record $90 million-plus in private donations, far more than President Barack Obama’s two inaugural committees. They collected $55 million in 2009 and $43 million in 2013, and had some left over on the first go-round.

But while Trump has raised more money for his inauguration than any president in history, he’s aiming to do less with it. Lead inaugural planner Tom Barrack said this week the Trump team wants to avoid a “circus-like atmosphere” in favor of a more “back to work” mindset that surrounds Trump “with the soft sensuality of the place.”

Trump’s committee has declined to provide details on how it’s aiming to spend its hefty bankroll. Steve Kerrigan, CEO for Obama’s inaugural committee in 2013 and chief of staff in 2009, said the $90 million fundraising haul looks like overkill.

“I can’t imagine how they are going to spend that amount of money — and why they would even keep raising money,” he said. “We planned the two largest inaugurations in the history of our country and we never spent anywhere near that.”

Trump this week promised a “very, very elegant day” with “massive crowds.” They’ll arrive to find a party that isn’t nearly as involved as Obama’s.

Trump is holding three inaugural balls; Obama had 10 balls at his first inaugural. Trump’s team also hopes to keep its parade to 90 minutes. The longest parade, with 73 bands and 59 floats, lasted more than four and half hours, at Dwight Eisenhower’s first inauguration, in 1953.

Spokesman Boris Epshteyn said the inaugural committee is “fully focused on organizing world-class events that honor our nation’s tremendous history and reach every corner of the globe.” Any excess money raised will be donated to charity.

Obama used his excess inaugural dollars to help pay for events in his first term, Kerrigan said. Trump hasn’t specified what charities might benefit from any leftovers.

Trump’s committee has 90 days after the inauguration to reveal its donors, although some presidents have reported donations as they came in. A few contributors already are known. Among corporate donors, Boeing has given $1 million and Chevron, $500,000. AT&T says it has made both cash and in-kind donations, including quintupling phone capacity on the National Mall.

Alex Howard, deputy director of the private Sunlight Foundation, said the Trump inaugural committee is a “major vector for corporations and individuals who wish to make donations and have influence on the presidency.” He said the big donations and the lack of speedy disclosure “set a tone” that has implications for the transparency and accountability of the new president.

To be sure, the inaugural lineup of balls, parade, reviewing stands, dinners, bleachers and all the rest doesn’t come cheap.

While a big share of the cost is covered by the private donations, taxpayers provide a considerable amount as well. They’re on the hook, for example, to cover the close to $5 million cost of building the bunting-decorated 10,000 square-foot platform built on the West Front of the Capitol for the swearing-in.

The public also pays security costs for an event that brings together a big chunk of the U.S. political leadership, hundreds of thousands of ordinary Americans and a fair share of protesters. Because those expenses are scattered throughout the federal budget, it’s hard to get a fix on just how much the day will cost.

Some tabs are spelled out: $1.25 million for the Joint Congressional Committee on Inaugural Ceremonies, which is responsible for the swearing-in ceremony, inaugural luncheon and review of troops, and $2.5 million for overtime for U.S. Capitol Police.

More than 5,000 active duty service members and 7,500 National Guard members will take part, too. In 2009, spending by the military’s inaugural joint task force and the Defense Department totaled $21.6 million.

District of Columbia Mayor Muriel Bowser says the city expects to spend at least $30 million, with the federal government reimbursing the full amount. So far, Congress has appropriated $19 million, and the city will go back to Congress after the swearing-in to ask for the rest.