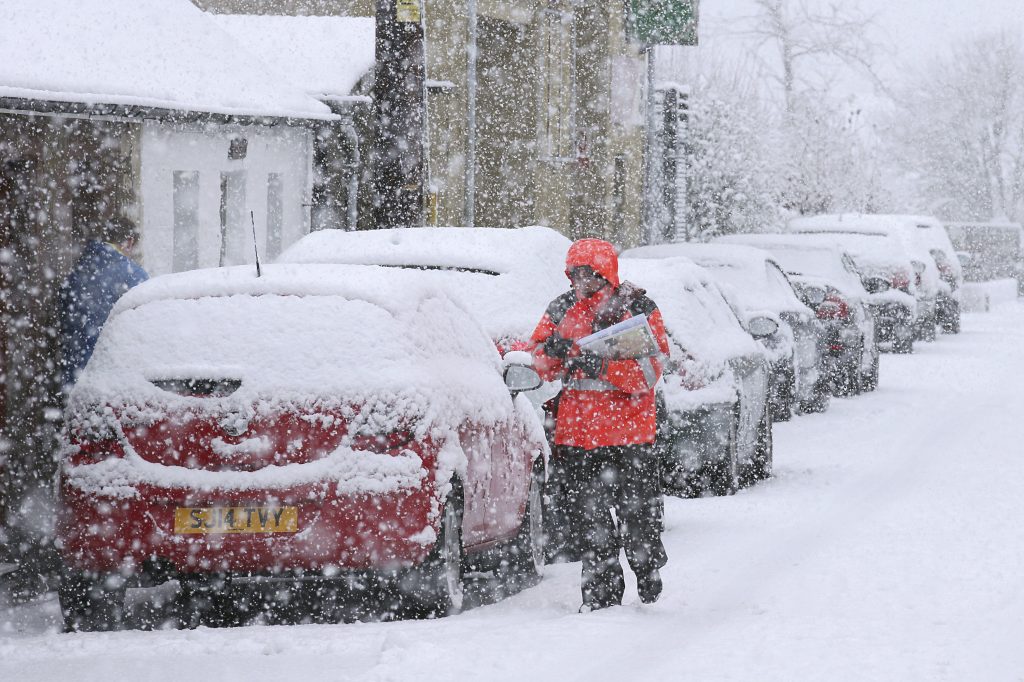 London’s Heathrow Airport says dozens of flights have been canceled amid forecasts of snow and strong winds in Britain. Heathrow, Europe’s busiest airport, said 80 out of about 1,350 flights scheduled Thursday have been canceled pre-emptively because of the wintry weather.

Britain’s weather forecasters have issued warnings for snow for much of the country until Saturday, with frequent snow showers and gales expected across Scotland, Northern Ireland and northern England. Sleet or snow may affect southern England as well.

Schools in parts of the country have closed and some students have been sent home.

Forecasters say the weather is caused by a polar air mass that originated over northern Canada.