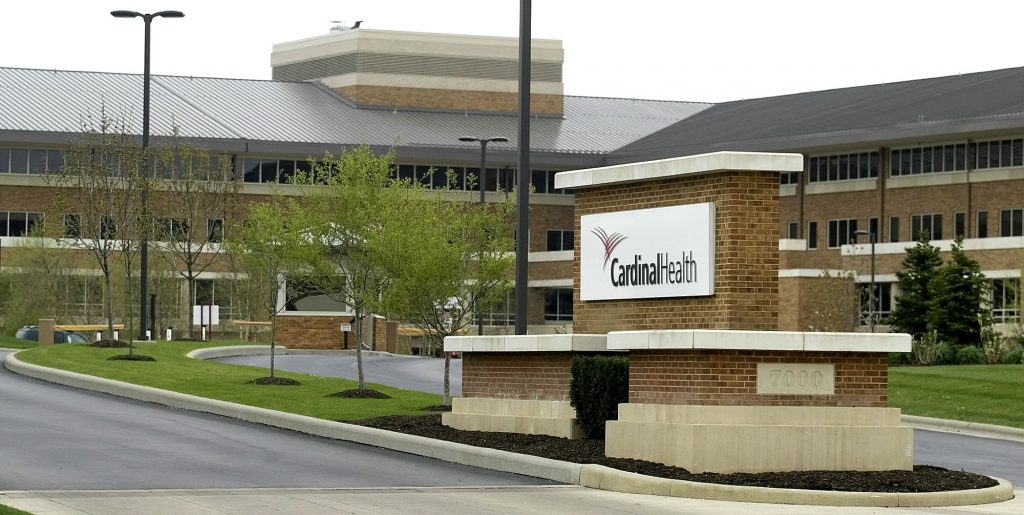 One of the nation’s largest drug distributors has agreed to pay $44 million in fines to resolve allegations that it failed to alert the Drug Enforcement Administration to suspicious orders of powerful narcotics by pharmacies in Florida, Maryland and New York.

The agreement on monetary penalties comes more than four years after the DEA reached an administrative settlement with the mammoth drug wholesaler Cardinal Health over alleged misconduct at its Lakeland, Florida, drug distribution warehouse. Officials have said that the company and the Justice Department have been negotiating the fine since the May 2012 settlement was reached.

“These agreements allow us to move forward and continue to focus on working with all participants addressing the epidemic of prescription drug abuse,” Craig Morford, Cardinal’s chief legal and compliance officer, said in a Dec. 23 news release.

Under federal law, narcotics distributors must alert the DEA when they see evidence of suspicious orders by their customers, which include retail drugstores, hospitals, nursing homes and other places where opioids are dispensed. The system is designed to combat diversion of legal narcotics from those places to the black market.

Under the settlement, Cardinal acknowledged that between 2009 and 2012 it did not comply with some of those reporting requirements in Florida and Maryland. A subsidiary of the company acknowledged the same violations between 2011 and 2012 in New York City.

The deal also resolves an investigation in Washington state into whether Cardinal kept adequate records on painkillers there. The company did not admit to those allegations but agreed to settle them anyway.

In 2008, Cardinal paid a $34 million penalty to settle similar allegations at seven warehouses around the United States.

Under the 2012 administrative settlement, Cardinal’s DEA license to distribute narcotics from the Lakeland warehouse was suspended for two years.

More than 16,000 people died of overdoses of prescription opioids, including methadone, in 2015, and more than 180,000 have perished since 2000. Cardinal, one of the three major drug distributors in the United States, is ranked 21st on the Fortune 500 list of top U.S. companies, with more than $102 billion in annual revenue last year. Publicly disclosed fines against distributors for similar violations have been as high as $150 million.

In October, The Washington Post reported that beginning in 2013, the DEA significantly slowed enforcement actions against major distributors despite the growing opioid epidemic and the surge in overdose deaths.