National Fish on a Treadmill and Other Government Waste, According to Sen. Jeff Flake
National 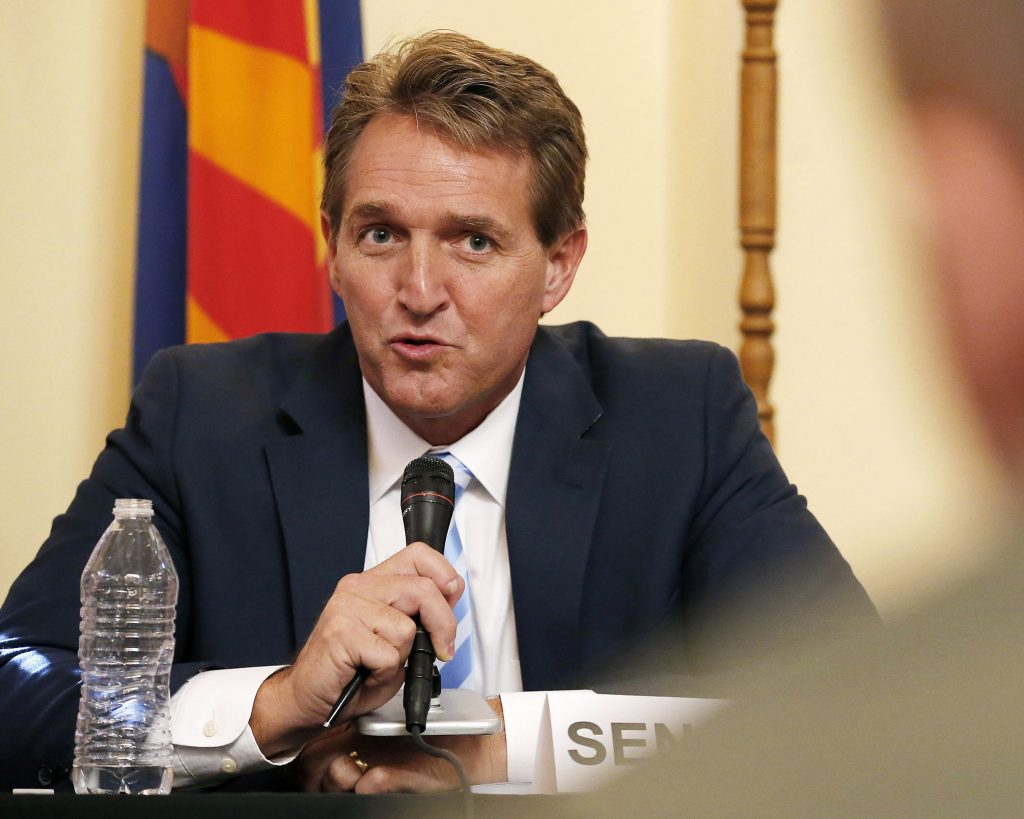 All told, the Arizona Republican’s office says it details more than $5 billion in inappropriate spending by federal departments and agencies.

“Government boondoggles come in all shapes and sizes and pop up just about everywhere,” said Flake. “Hopefully this report will be a guide to catch egregious spending lurking in the federal budget.”

Flake has long been among the most vocal of fiscal conservatives, having had a reputation in the House for offering amendments targeting individual earmarks from members of the House Appropriations Committee, back when congressionally-directed spending was still in popular practice.

His pattern of public shaming continues a Senate tradition going back at least to the late Wisconsin Democrat William Proxmire’s Golden Fleece Awards in the 1970s and 1980s.

Flake is planning to introduce legislation yet again to bar the practice of earmarking permanently, though as a practical matter the current temporary moratorium looks likely to continue indefinitely.

Here are five examples of waste according to Flake.

—Flake targets a total of $1.5 million in grants through the National Science Foundation to test what happens when fish use treadmills. In one example, a mudskipper, which is a fish that can live out of water longer than most, is put on a small treadmill. In the other case, bluegill fish were sent through “treadmill-like swim tunnels.”

— Flake highlighted a $36,700 venture from the Environmental Protection Agency to create a version of the Berkshire region of Massachusetts in a popular video game. “Instead of pouring money down the drain in virtual worlds, EPA should target resources to fixing real problems in the real world,” the report said.

— The FBI spent roughly $1.2 million to acquire and then remove an art installation from its Miami field office that made folks ill, according to Flake’s report. The $750,000 sculpture of Western Red Cedar was making people at the field office sick because of the presence of Cedar dust.

— Flake’s report points to $1.7 million from the Commerce Department for the National Comedy Center in Jamestown, N.Y., for holograms of comedians who have died.

— West Virginia University drew scrutiny in Flake’s report for a $3.5 million study of why people fear dentists. “With the possibilities ranging from having teeth scraped, filled or pulled, it is not surprising that patients feel some anxiety about spending time in the dentist’s chair. But as scary as those may sound, a recent survey found Americans have a higher opinion of root canals than Congress,” the report said.