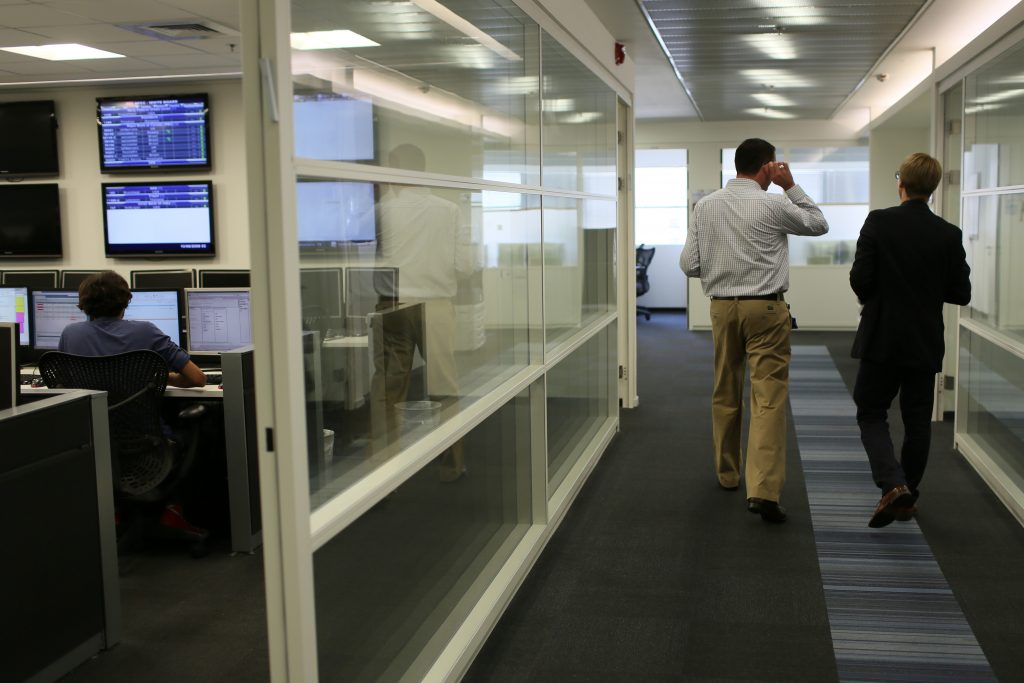 Israeli high tech, so long vaunted as the engine of the national economy and the envy of entrepreneurial technology abroad, has now been reduced to outsourcing, Globes reported on Sunday.

The acute shortage of skilled computer engineers has driven Israel high tech firms to recruit talent outside the country, not only in tech powerhouses like India, but also in such unlikely places as Ukraine, Bulgaria and Macedonia.

The article cites the example of Tel Aviv startup Roundforest, which opened in 2014: “Hiring a developer in Israel, in the advanced technologies we work with, is liable to take four or five months,” said Roundforest CEO and founding partner Alon Gamzu “We’re a growing company that wants to reach 100 employees this year. If we wait that long for each developer, we won’t get anywhere.”

To speed up the process, Roundforest hired two people from India and 15 more from Kiev, out of its first 40 employees. Any presumed obstacles of language, culture, time zones, appear to be easily overcome.

“Not only is there a large supply of relevant professionals there; it is about the same time zone as Israel, and that’s very convenient,” says Gamzu. “They speak English and probably Russian, and we have employees here in Israel that speak that language, so it’s convenient for working together. It’s very easy to fly to them and invite them to us. It’s only a three-hour flight, and the tickets are cheap. Their mentality is excellent, and the management culture is like in Israel. You want to know that the development guy is working, and you want to be able to trust him, because you’re not supervising him with a magnifying glass all day. In India, on the other hand, you can ask the engineers to do something, and they don’t always understand you, or don’t always do it. In Ukraine, things are always done.”

Eastern Peak Software founder and CEO Alexey Chalimov found Ukrainian workers so productive that he moved the development of EPS, which provides software development services, to Kharkov, Ukraine’s second biggest city. He has 100 engineers there for four years, while the company has only five employees in Israel.

“It’s a lot easier and more worthwhile to employ engineers in Ukraine than in Israel,” Chalimov says. “You don’t find topnotch professionals easily anywhere in the world; you have to look for them. We know the market there very well, and we have a good reputation in the city. We can provide our customers with access to excellent engineers and developers at much lower cost. It costs $5,000 a month to employ a Ukrainian engineer, compared with $8,000-10,000 a month for an Israeli.”

Chalimov denies that outsourcing will hurt the Israeli economy. On the contrary, he argues: “Outsourcing doesn’t damage the economy; it helps. It’s the ultimate combination of taking advantage of the Israeli brain and getting ahead and being able to compete with international companies. In my opinion, the future lies in the combination of both aspects. Israeli high-tech companies have to keep their local team, but every company has innumerable external tasks that can be outsourced, because it’s hard to find enough people in Israel, so it’s a win-win situation.”

The list of outsourcers is long and also includes among many others Matrix IT, which has development centers in Bulgaria, Macedonia and Ukraine; and Wix, with 1,000 employees in Israel and another 400 or more dispersed in the U.S., Brazil, Germany, Lithuania and Ukraine.

The trend is likely to continue and grow. According to the Israel Innovation Authority (formerly the Office of the Chief Scientist), the undersupply of skilled workers in Israel will grow to 10,000 engineers and programmers within a decade.

The Israeli government is aware of the situation and has been trying to encourage higher educational standards at home, as well as enticing talent to move to Israel.

“It was possible to bring workers into Israel in the past, too, and companies are doing it all the time, but the process is awkward,” conceded Ministry of the Economy and Industry director general Amit Lang, who led the program, together with Prime Minister’s Office director general Eli Groner.

“We recently removed several barriers, and the process became quicker and more accessible. It can still be made simpler, and that will happen in two or three months. At the same time, it is clear that this is a short-term solution, and we are making every effort to address the problem in the long term also.”

But the government recognizes the companies have their bottom line: “Israeli high-tech companies want to grow, and we have an interest in their growth,” says Lang. “The government is responsible for dealing with the shortage of personnel in high tech, and if the state still cannot provide a solution, I prefer that the companies find ways to grow, as long as the brain and the development stay in Israel. It is better to bring foreign workers to Israel, or to act in one of the other ways they have found, than to leave Israel. At the same time, it is clear to us that they would like to develop more in Israel.”