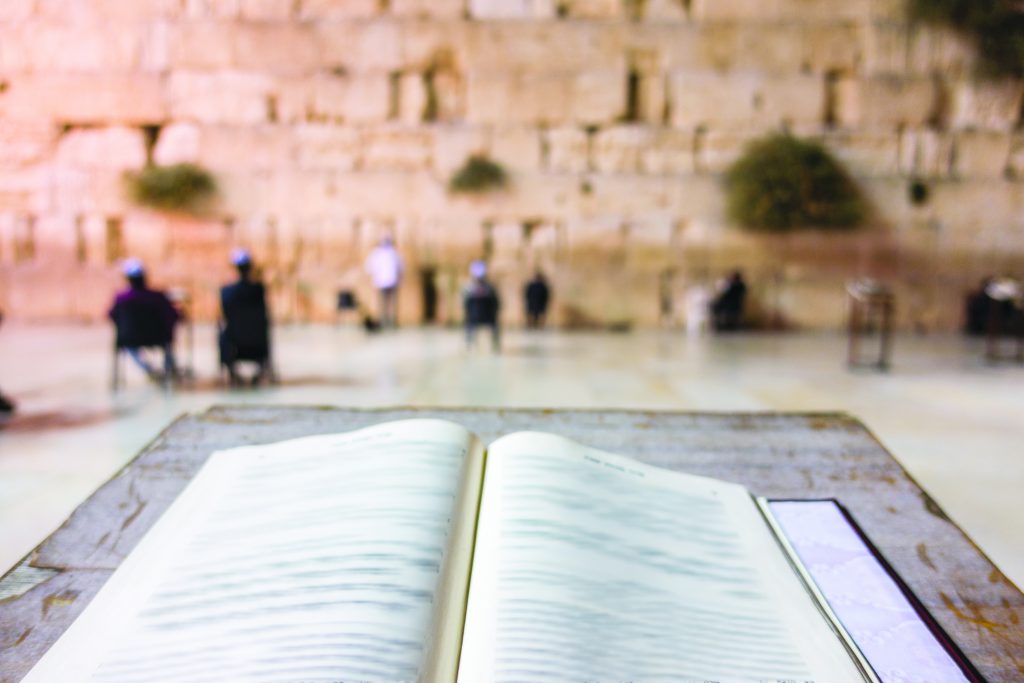 In an unexpected moment of courtroom drama, Dr. Susan Weiss, attorney for the “Original Women of the Wall” (O-WOW), conceded last week what many observers have long recognized: that far from advocating for women’s rights, their agenda is to obstruct observant Jews attempting to pray.

When the “Center for Women’s Justice” filed suit last year on behalf of O-WOW, their stated claim was that the women of O-WOW merely wanted to pray in their own fashion — including reading from a Torah scroll in the women’s section. Preventing them from doing so, they argued, violated Israel’s anti-discrimination laws.

Their day in court revealed a very different interest. Judge Elyakim Rubenstein asked their lead attorney, Dr. Susan Weiss, what sort of alternative site might be acceptable to the group. She replied that in her view, none was necessary. Rubenstein then asked what she would do, were it up to her. She responded:

“In actuality, there wouldn’t be a mechitzah (divider) there at all, and I would send all of them to their synagogue. Perhaps I would earmark certain hours for them … It needs to be a public plaza. ‘All of them’ includes both observant women and those women who want to wear tzitzis.”

She went on to say that the Wall is not a synagogue, and should not be treated that way. Rather than arguing that women should have Torah scrolls at the wall, she in essence argued that no one should.

Leah Aharoni is co-founder of Women For the Wall (W4W), an organization created by women who pray at the Wall regularly and object to the disturbances created by O-WOW and Women of the Wall. Just recently, W4W requested to join in the case as respondents, because, she said, “they are ignoring the sincere desires of the much larger group that seeks to maintain the tradition of prayer at the Holy Site.”

Regarding Weiss’ statements in court, Aharoni commented that “this confirms what we have said from the beginning, that they are not advocating for women’s rights. Rather, they want to deny observant Jews the ability to pray at the Wall.”

A look back reveals that this is not a new argument. O-WOW is comprised of the majority of the initial, core supporters of Women of the Wall (WOW). And in previous years, Anat Hoffman, head of WOW, suggested herself that her ultimate agenda was to prevent Orthodox prayer at the Holy Site. She told Channel 2 that a day would come when people would look back and say about the Wall, “there used to be a mechitzah here all the time! You don’t believe it.” And before Natan Sharansky proposed a new section, she told a Florida audience that she would be open to “timesharing,” for the Wall to be open six hours a day as a “national monument, open to others but not to Orthodox men.”

Hoffman directs the American Reform movement’s Israel Religious Action Center, described by writer Jonathan Rosenblum as “determined to make life miserable for Torah organizations in any manner possible.” This is entirely in accordance with the expressed interests of both WOW and O-WOW. But the Reform movement — an insignificant minority in Israel, comprised of Jews who do not pray on even a weekly basis — landed upon an even better option: to demand a site equal in size and prominence to the current plaza, used by hundreds of thousands of Jews who pray three times a day.

The end goal of all three groups — WOW, O-WOW, and the American Reform movement — remains the same: to change the Jewish character of the Jewish State. Hoffman told the BBC that the fight at the Kotel is merely a stepping stone on the path to changing marriage, divorce, and burial in Israel.

Aharoni’s focus, however, remains upon the here and now. She stresses that what O-WOW proposed to the Court is not merely offensive to the observant Jews who stream to the Wall on a daily basis. “For most visitors,” she said, “the idea that they can go to the Wall at any hour of the day or night, any time of the year, and find people pouring out their hearts to G-d … that is a critical part of the experience.”

This experience would be denied to millions of Jews, if the 50 members of O-WOW and WOW were to have their way.