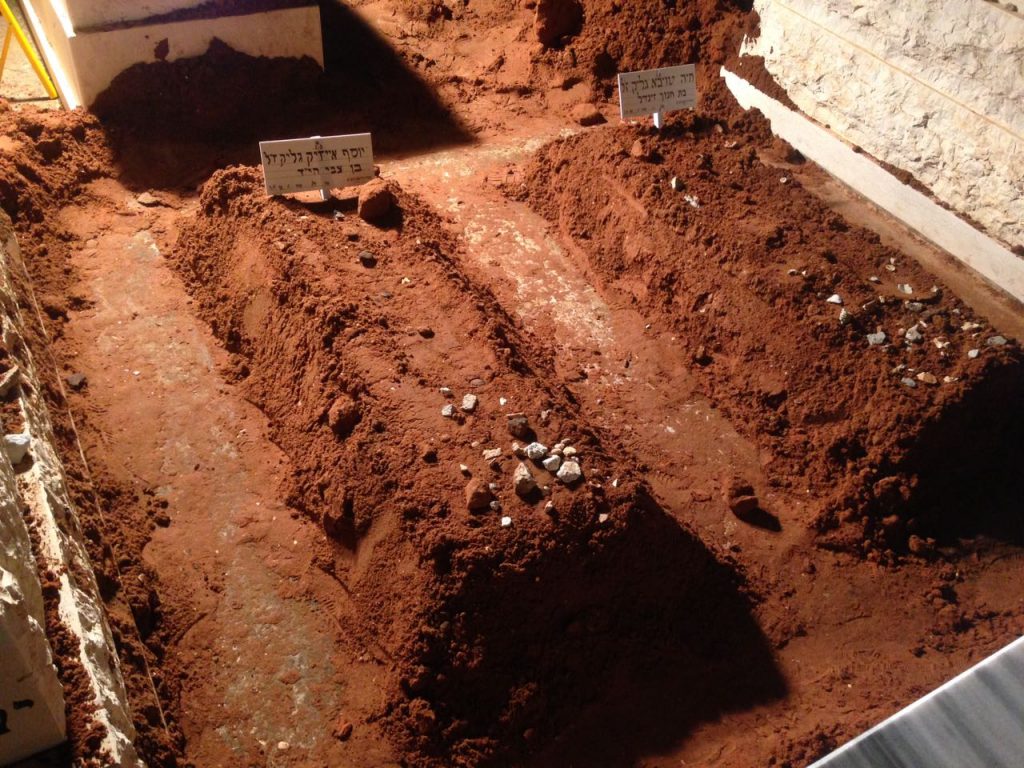 The Glicks were Holocaust survivors, and married shortly after the war in a DP camp.

Yosef was born in 1921, in the Romanian town of Halmeu (pronounced “Halmeen” in Yiddish). Both his parents, Reb Tzvi and Mrs. Esther Glick, Hy”d, perished in the Holocaust. Yosef was a talmid of the Satmar Rebbe, Harav Yoel Teitelbaum, zy”a, and a chavrusa of the previous Toldos Aharon Rebbe, Harav Avraham Yitzchak Cohen, zy”a.

Chaya Toba was born in Hungary in 1926. Both of her parents — Reb Chanoch Zundel and Mrs. Faiga Gitel Hershko, Hy”d — also perished in the Holocaust, R”l.

Yosef Eizek and Chaya Toba met in a displaced person’s camp and married shortly after the war, in 1945, and moved to then-Palestine, in a town called Gamzu. When Kiryat Bobov was founded in Bat Yam, the Glicks moved there, and lived there until two years ago.

Reb Yosef worked as a shochet and mashgiach. He was blessed with a beautiful voice, and he served as a baal tefillah for many years.

Known for having a heart of gold, Reb Yosef was a motzah chayn b’eynei Elokim v’adam. At his levayah, one of the maspidim remarked that there is not a person in the world who could say that Reb Yosef ever slighted him or owed him money.

Mrs. Glick was a devoted wife and a partner in her husband’s avodas hakodesh. Every night, she would proudly wait outside the beis medrash for her husband, and walk him home after his shiur.

Like her husband, Mrs. Glick was a beloved and well-known member of the community. She would help women with homemaking duties such as baking, cooking and mending. Though she did this for a living, many of her acts of kindness were performed purely for chessed, without recompense. The sefer Tehillim never left her hands, nor did its words leave her lips.

Throughout the months of Elul and Tishrei, Mrs. Glick’s eyes were always red, as she engaged in constant, tearful prayer during those Days of Awe.

In 2014, the Glicks moved in with their daughter in Bnei Brak.

On Friday night, three hours after the onset of Shabbos, Mrs. Glick passed away. She was buried in Rechovot on Sunday morning, though the family did not inform her husband of his wife’s passing, due to his deteriorating condition.

Just after the family returned home from burying Mrs. Glick, they received a call to rush to the hospital, as the end was near for Reb Yosef, as well.

He was niftar shortly afterward, and buried on Sunday night, next to the woman who faithfully served as his eishes chayil and assisted him in his avodas hakodesh for seven decades.

“My grandmother always used to say that when the time comes, she wants to go before her husband, because she couldn’t live without him,” recalls Chanoch, the grandson. “Indeed, she did. But he, obviously, could not live without her, either.”