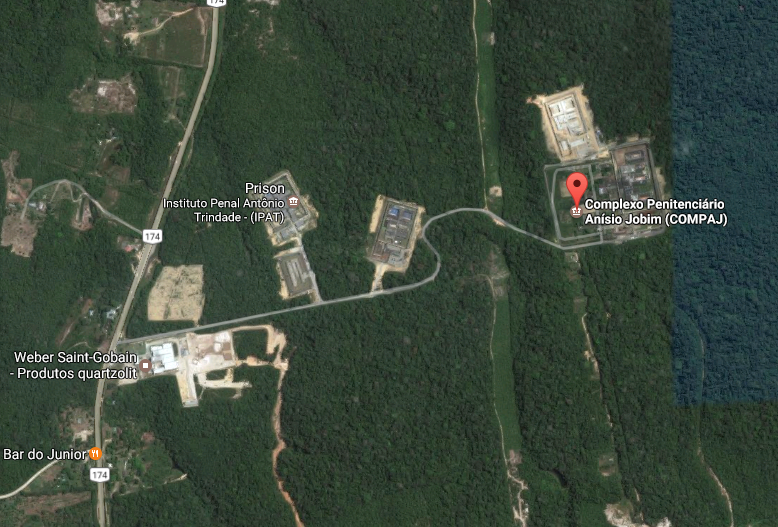 At least 60 inmates were killed in a prison riot in northern Brazil that ended early Monday, one of the bloodiest disasters ever in the country’s crowded penitentiary system, officials said.

The brawl began Sunday in the prison in the Amazonian city of Manaus and flared into a gruesome nightlong battle, with several inmates decapitated, officials said.

The riot was sparked by a clash between two gangs that smuggled guns into the prison and took 74 inmates and 12 police officers hostage, said Sergio Fontes, the head of security in Amazonas state. He said at a news conference that at least 60 prisoners were killed.

At least six decapitated bodies were found in the aftermath, according to the local chapter of the Brazilian bar association.

Throughout the night, inmates’ distraught family members milled outside the prison, waiting for news of their loved ones.

Human rights groups have assailed the conditions in Brazil’s prisons, many of which are crowded and known for violence. Human Rights Watch reported last year that the number of adult prisoners had grown 80 percent in a decade, to more than 600,000, while staffing levels had not kept pace. That has allowed gang activity to flourish, it said.

At the time of the riot, the Anisio Jobim prison housed three times as many inmates as it was designed to hold, officials said.

In mid-October, riots erupted in two Brazilian prisons, leaving at least 18 people dead. Two groups of inmates clashed in one facility in the northern state of Roraima on Oct. 16, leaving 10 dead, several of them decapitated, according to news reports. A day later, eight inmates died in fighting at a prison in the northwestern state of Rondonia, according to news reports.