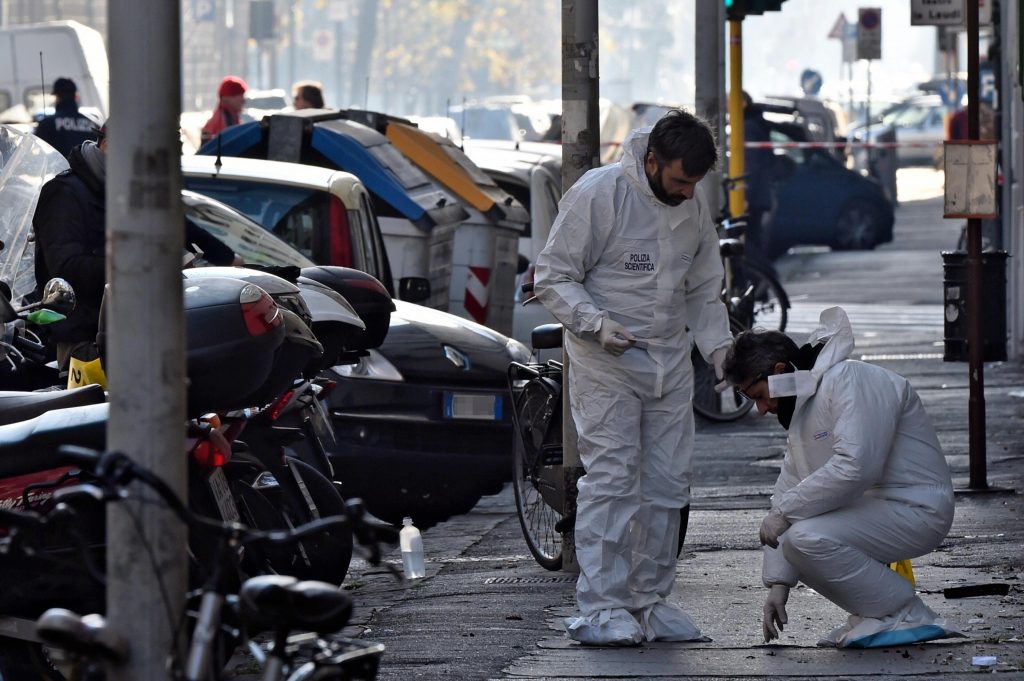 Police in Florence say a bomb squad officer lost an eye, and had to have a hand amputated, after a suspicious package he was examining exploded before dawn Sunday.

Florence Police Chief Alberto Intini told reporters that the package left outside a shuttered bookshop with links to a group of extreme right activists, CasaPound, had caught the attention of a passing police patrol.

The explosives squad was called to intervene at about 5 a.m., and that’s when the officer was gravely injured, police spokesman Cesare Taraschi said.

The blast was under investigation.

Italy occasionally sees explosions that authorities have blamed on political extremists. The country suffered bombings, slayings and kidnappings during a period of domestic terrorism in the 1970s and early 1980s.

Florence Cardinal Giuseppe Betori decried criminals who wanted a “bloody passage from the old year to the new.”