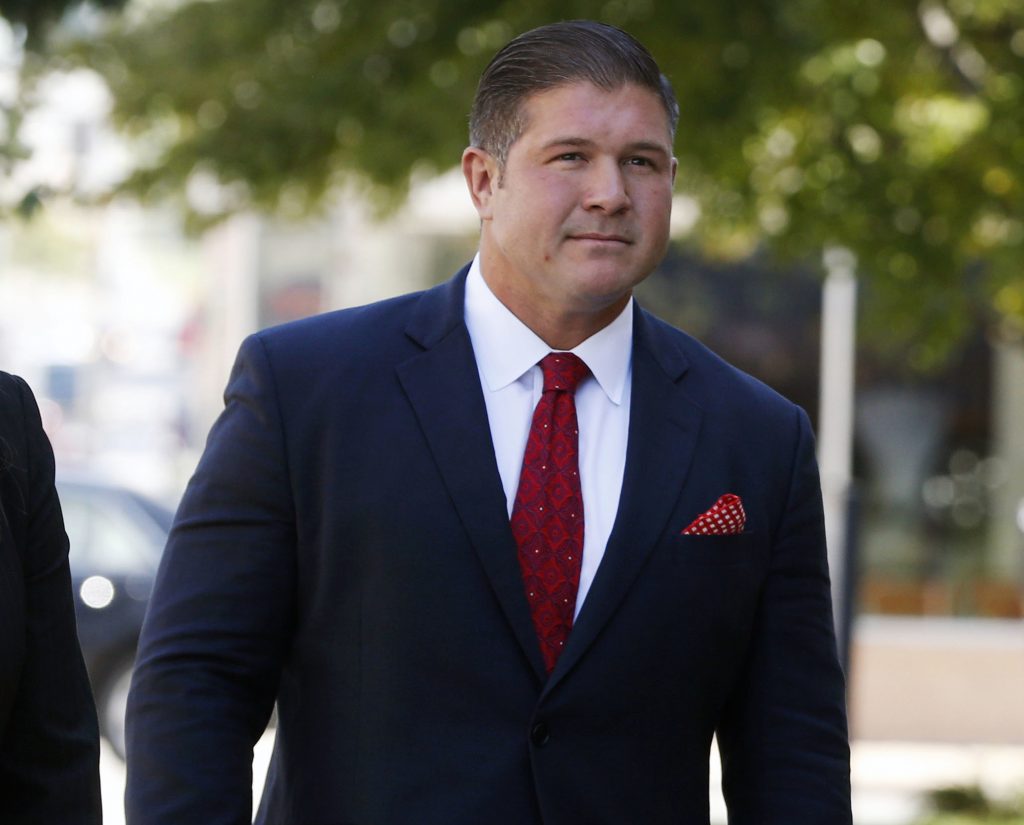 Jesse Benton’s probation officer gave him permission to travel in October from his home in Louisville, Kentucky, to Washington, with the understanding he’d return the same day, according to court documents filed Dec. 12 in federal court in Des Moines.

Instead, he traveled from Washington to New York and tried to help arrange the contribution to the PAC supporting Trump’s campaign from individuals he believed represented a Chinese businessman, according to the documents. Federal law prohibits foreign nationals from donating money to U.S. presidential campaigns, political action committees or political parties.

The arrangement turned out to be an undercover operation in which two reporters from the British newspaper The Telegraph presented themselves as representatives of a wealthy Chinese businessman seeking to donate to Trump’s campaign.

Benton is shown on video posted earlier this year on The Telegraph’s website proposing to hide the money by depositing it with his public-relations company, then giving it to nonprofit organizations that do not disclose donors, which would then transfer it to the Great America PAC, a political action committee set up to support Trump’s campaign.

The video shows Benton saying the Chinese donor’s identity would be “whispered into Mr. Trump’s ear.”

Benton’s attorney, Angela Campbell, said in an email to The Associated Press this week that she and Benton would have no comment.

Dan Backer, an attorney and treasurer for Great America PAC, said Benton ceased to be involved in the PAC in May.

“He is not an employee, agent, or volunteer, and we do not comment on the activities of former personnel,” Backer said.

Officers from the Department of Justice’s Public Integrity Unit learned of Benton’s unauthorized Oct. 13 travel through media reports and informed his probation officers, according to the court filing in Des Moines.

Benton was admonished by his probation officer for violating his travel restrictions and he’s prohibited from traveling in the immediate future, the documents say.

The probation officer recommended no further action but federal prosecutors have requested a hearing. A date was not immediately set and it’s unclear what action they may seek or whether Benton could face additional charges.

The Department of Justice attorney handling Benton’s case did not respond to an email seeking comment and a department spokesman was out of the office for the holidays and unavailable to comment.

Benton, 39, is a political strategist who has worked for several conservative and libertarian organizations including campaigns for Ron Paul, a former Texas congressman, his son Sen. Rand Paul and Sen. Mitch McConnell.

Benton avoided prison time when he was sentenced in September after he was found guilty with two other Ron Paul campaign managers of conspiring to cover up campaign payments to former Iowa Sen. Kent Sorenson, who dropped support for Michele Bachmann and endorsed Paul six days before the 2012 Iowa caucuses.

They deny they broke any laws and have appealed their convictions to the U.S. 8th Circuit Court of Appeals.