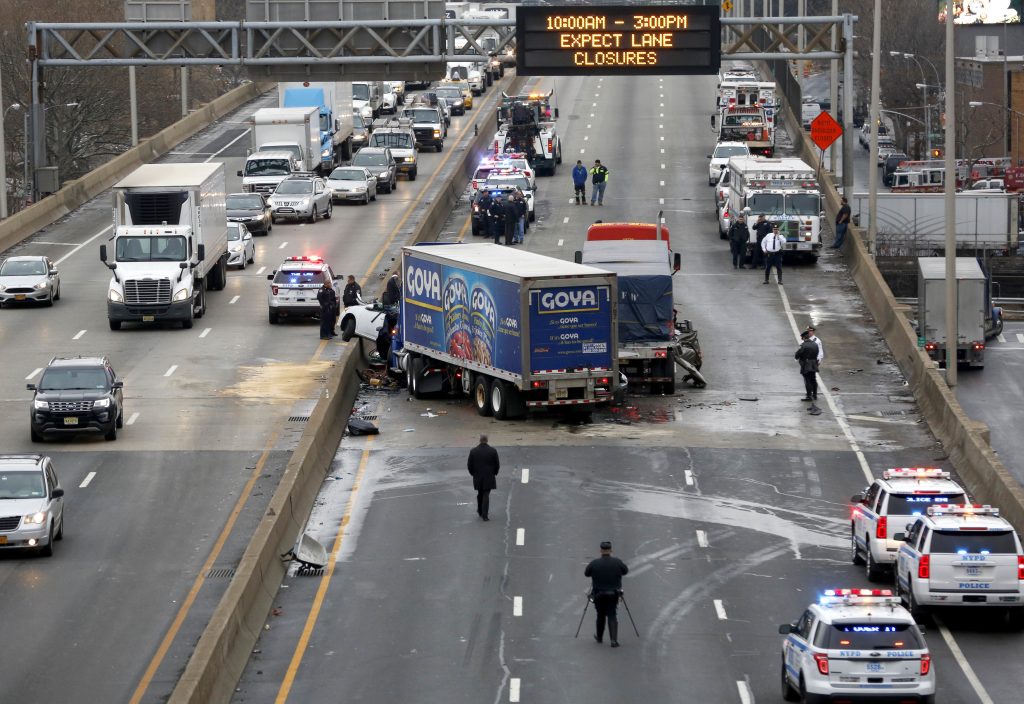 Three people have been killed and several others wounded in a multi-vehicle crash in the Bronx.

According to Inspector Steve D’Ulisse, commanding officer of the NYPD’s Highway District, the accident occurred at about 5:45 a.m. Tuesday, on the northbound Cross Bronx, around Webster Avenue.

In a statement Tuesday, D’Ulisse said that police believe that accident involved two eighteen-wheelers, a Ford pickup truck and a Toyota Corolla.

Of the five occupants of the Ford, three were pronounced dead at the scene by EMS. The other two were taken to St. Barnabas Hospital in serious condition.

The one occupant of the Toyota was also taken to St. Barnabas Hospital in serious condition.

A total of three people were traveling in the two eighteen-wheelers. One was uninjured, and the other two were taken to St. Barnabas Hospital with non-life-threatening injuries.