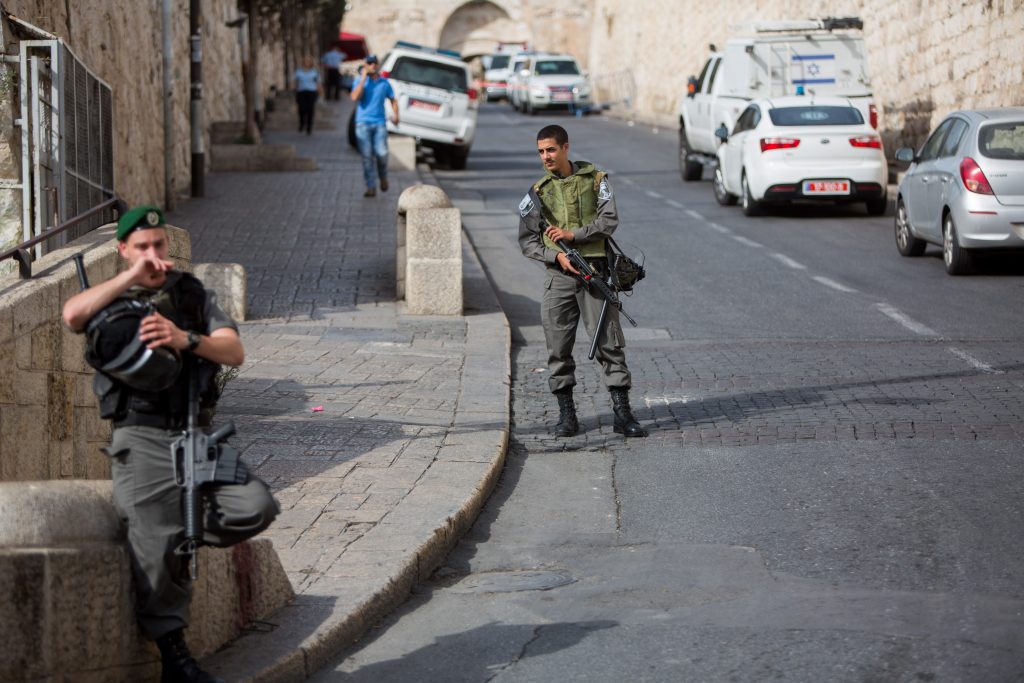 On Sunday, an indictment was handed down against a female Arab terrorist who was arrested several weeks ago after she tried to run down IDF soldiers at the Kalandia checkpoint, north of Yerushalayim. One soldier was injured in the incident. The driver was a 31-year-old resident of the Beit Hanina neighborhood. According to soldiers, she stopped the car after she failed to hit any of the soldiers and jumped out, holding a knife and attempting to stab soldiers. She was neutralized and detained.

Also Sunday, a Yerushalayim court imposed a 16 year jail sentence on Sarouk Dawiat, a 19-year-old terrorist who stabbed a 36-year-old Jewish man at Lion’s Gate of the Old City in October 2015. The victim, who was moderately wounded, shot and wounded the terrorist, who was arrested, tried, and found guilty.

Overnight Motzoei Shabbos, security officials said they arrested 4 wanted security suspects in other areas in Yehudah and Shomron. The suspects were wanted for participating in rioting and throwing stones and firebombs that endangered Israeli civilians and IDF soldiers. Several of the suspects were also charged with belonging to Hamas. All were being questioned on their activities by security forces.