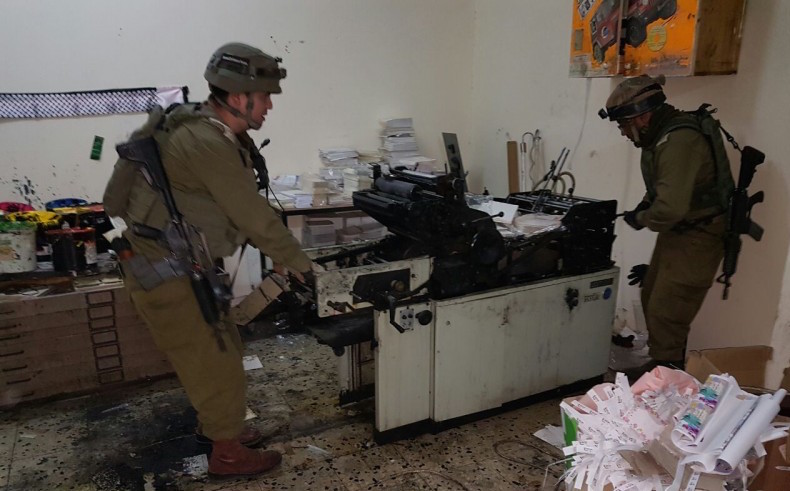 IDF troops overnight on Wednesday demolished the home of the family of terrorist Sabbah Abu Sabich, who carried out a terror attack at the French Hill junction, close to National Police Headquarters, on October 9th of this year. Levana Malichi and Special Forces officer Yossi Karima were killed in that attack. Six others suffered various degrees of injury in the wake of the terror shooting attack.

In the attack, Sabich sped through an intersection coming off a highway next to Ammunition Hill and headed for an adjacent light rail station, opening fire randomly and hitting eight people, including Malichi, who died from her injuries. He then continued driving towards the Arab neighborhood of Sheikh Jarrah, and at one point halted his vehicle. He was met by Special Yassam Police forces, and he opened fire on them, killing Karima and injuring a second officer lightly. Police opened fire on him, eliminating him.

Subsequent reports indicated that Sabich, who was wanted on a variety of security charges, was supposed to turn himself in to police later on the day of the attack and begin serving a four-month sentence for incitement. In addition, the reports said, the terrorist had been in a Yerushalayim court just nine days before the attack, after he was arrested for violating a ban against his entering the Old City. The court cited and released him, after he claimed that he was not aware of the order.

The demolition of terrorists’ homes is part of efforts by security forces to discourage terror attacks. Forces gathered overnight and an IDF bulldozer demolished the home in the village of Akev, near Yerushalayim. Arabs rioted as the soldiers performed the demolition, throwing rocks and firebombs. Soldiers responded with anti-riot measures, killing one of the rioters.

Overnight on Wednesday, security officials said they arrested seven wanted security suspects in other areas in Yehudah and Shomron. The suspects were wanted for participating in rioting and throwing stones and firebombs that endangered Israeli civilians and IDF soldiers. Several of the suspects were also charged with belonging to Hamas. All were being questioned on their activities by security forces.