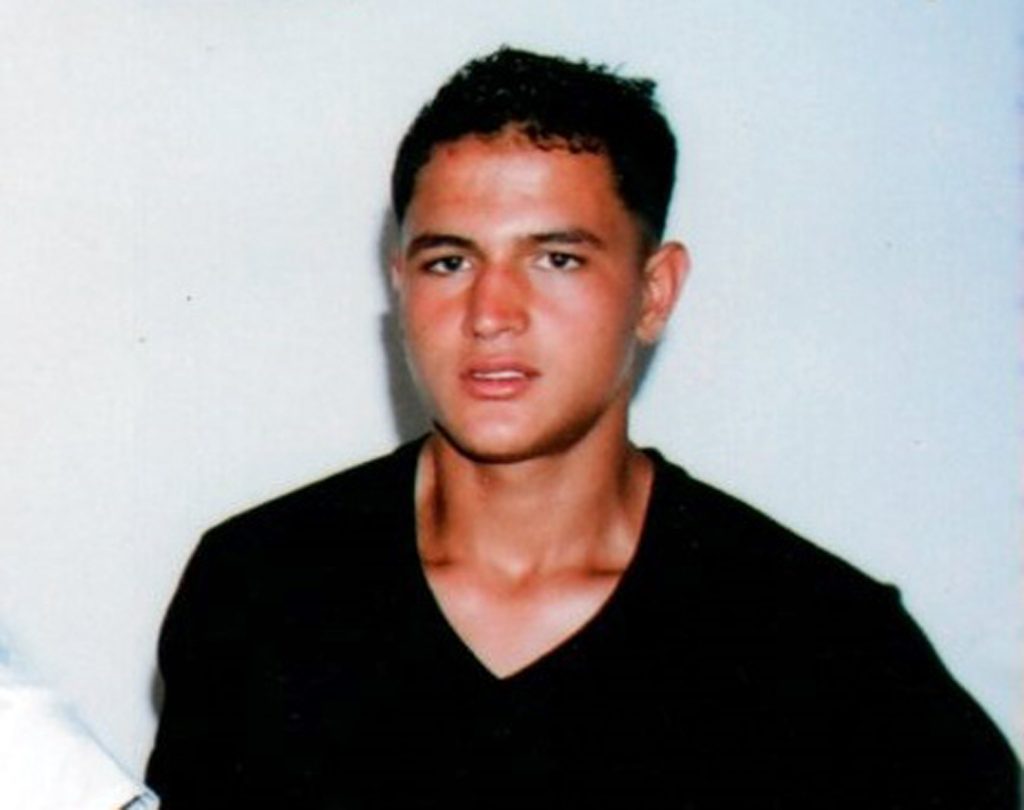 Desperate and drifting, Anis Amri took the path trodden by countless other North African teenagers: an illegal boat journey to Europe in hopes of a better life. He fell into crime instead — and is now suspect No. 1 in the deadly Berlin truck rampage claimed by the Islamic State terror group.

In his impoverished Tunisian hometown, Amri’s stunned family doesn’t know whether to defend him or disown him. One brother urged Amri to turn himself in to the police.

“I want the truth to be revealed about my son. If he is the perpetrator of the attack, let him assume his responsibilities and I’ll renounce him before G-d. If he didn’t do anything, I want my son’s rights to be restored,” his mother, Nour El Houda Hassani, told The Associated Press on Thursday.

Distraught neighbors are surprised that Amri is suspected of such a heinous act. Yet the town is all too familiar with the threat of radicalism: Several of its sons, recruited by radical preachers, have died fighting in Syria and Libya.

His mother said she saw no sign that Amri had radicalized. In recent phone conversations, she said that he played Tunisian music and “asked about ordinary family news, and showed us meals he was preparing.”

“Either someone stole his papers and left them under the seat so that he would be incriminated, or they want to show that it’s this dog of the Islamic State group at the origin of this attack,” she said.

His sister, Najoua, insisted that the family has “nothing to do with terrorism” but acknowledged that her brother “is no angel.”

After dropping out of school in eighth grade, Anis Amri drank and fell to petty theft, his mother said.

“His father and I are disabled. So he was forced to steal to emigrate and get … goods that young people dream of,” she said.

The central town of Oueslatia, 220 kilometers (137 miles) from the capital of Tunis, is surrounded by mountains in one of the country’s poorest. It has especially high youth unemployment.

Amri was convicted of stealing a truck in Tunisia and of burning down a migrant center in Italy, his mother said. But he was able to work small jobs while in an Italian prison, and sent money home. Italian authorities called him a problem inmate who had to be transferred to six different Sicilian prisons for bullying other prisoners and trying to spark rebellions.

“When he got out, he called us to say that he could not find work, and he was leaving for another country,” his mother said. He tried and failed in Switzerland, so he went to Germany instead.

Somewhere along the way, he appears to have been radicalized. German officials deemed Amri a potential threat and kept him under covert surveillance for six months this year. Now they say Amri’s fingerprints were found on the truck used in Monday’s attack, which killed 12 people and wounded 56. German authorities say they think he drove the truck.

“Whether he did it or not, I ask him to report to the police,” his brother, Abdelkader Amri, told the AP in Oueslatia. “We are worried. We have no information about his location.”

Amri’s trajectory reflects the tumult in his country since he came into adulthood. He fled as Tunisia turned from a police state into a democracy in a chaotic 2011 uprising that spread across the Arab world. But Amri’s prospects in the free world weren’t as rosy as he’d hoped — much as Tunisia’s freedom has been rockier than many hoped, marred by violence and economic troubles.

Abdelkader Amri urged other youths to be wary of extremists.

“I want to ask Tunisian youths to be aware of this phenomenon. I want to … ask them not to be influenced by the opinions of terrorist groups,” he said. “We are living a real misery.”

Amri last spoke to his family on Friday. He remains at large.