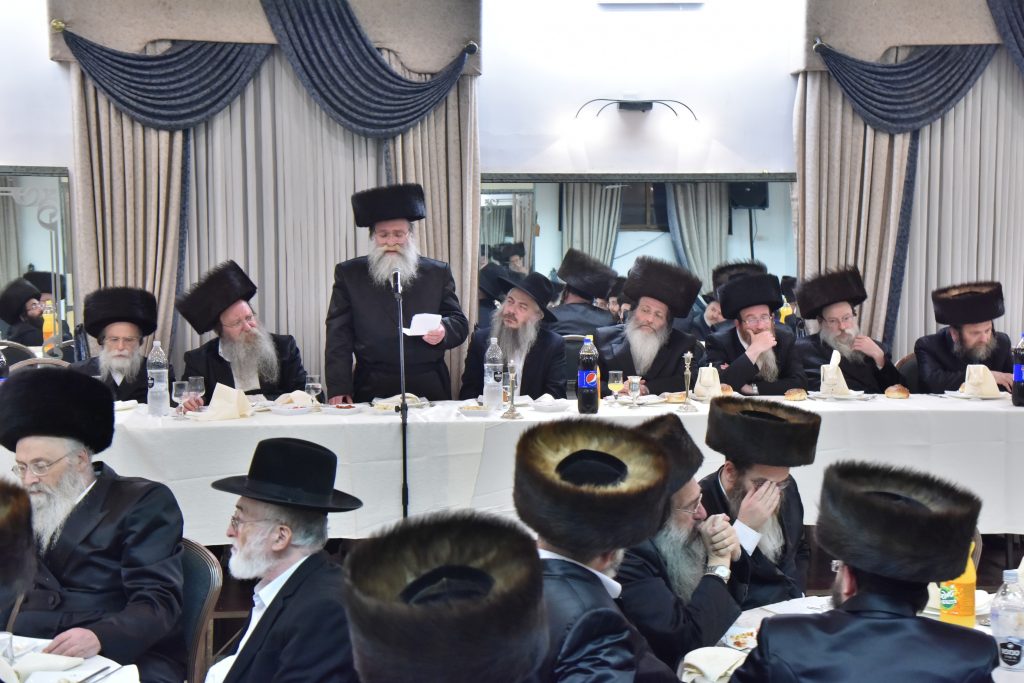 A special seudah ahead of the yahrtzeit was held in Bnei Brak on Motzoei Shabbos Parashas Veyeitzei, in conjunction with a dinner on behalf of Yeshivas Lehoros Nosson-Panim Meiros, with the participation of many Rabbanim and Roshei Yeshivos, as well as hundreds of alumni.

The keynote speaker was Harav Yitzchok Dovid Alter, son of the Pnei Menachem, zy”a, who expounded on the greatness of Rav Nosson in Torah, both in quantity and quality. He noted that the Rav, zt”l, was renowned for his devoted toil in Torah and the upkeep of the yeshivah.

On Wednesday, the family and many talmidim davened at the kever of the late Rav in the Vizhnitz cemetery in Bnei Brak.