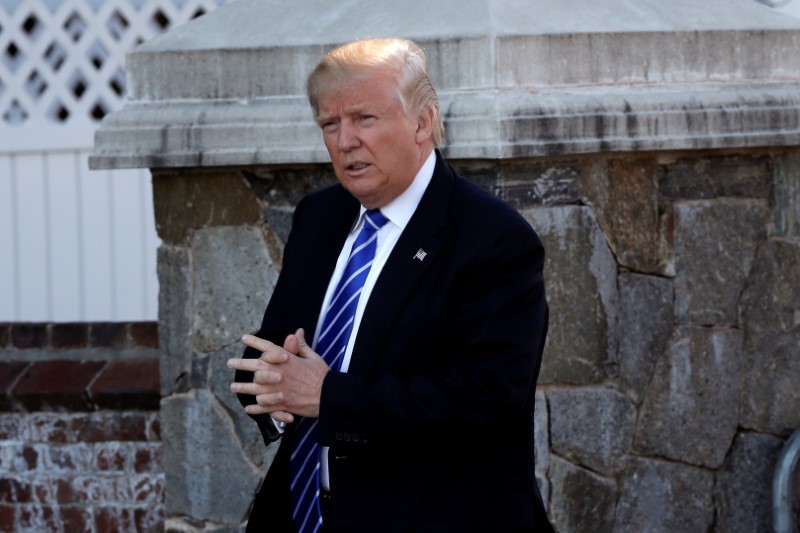 President-elect Donald Trump said he didn’t believe reports that intelligence agencies concluded Russia intervened in the presidential election on his behalf, according to an interview broadcast on Fox News on Sunday.

“I think it’s ridiculous. I think it’s just another excuse. I don’t believe it,” Trump said in the interview, taped on Saturday. He blamed Democrats for putting out the media reports and said he did believe they came from the CIA.

A senior U.S. intelligence official told Reuters on Friday that intelligence agencies have concluded with “high confidence” that not only did their Russian counterparts direct the hacking of Democratic Party organizations and leaders, but they did so to undermine Democratic candidate Hillary Clinton.

Two leading Republican voices on foreign policy in the Senate, John McCain and Lindsey Graham, joined two Democratic senators on Sunday in expressing concern over the reports on Russian interference and saying that cannot become a partisan issue.

“For years, foreign adversaries have directed cyber attacks at America’s physical, economic, and military infrastructure, while stealing our intellectual property. Now our democratic institutions have been targeted,” the senators, including Democrats Chuck Schumer and Jack Reed, said in a statement.

“Recent reports of Russian interference in our election should alarm every American.”

U.S. intelligence agencies have told Congress and the administration of President Barack Obama that Russia has grown increasingly aggressive in Syria and Ukraine and has stepped up activities in cyberspace including meddling, sometimes covertly, in European and U.S. elections.

“This cannot become a partisan issue. The stakes are too high for our country,” the senators said in a statement.

Trump’s incoming chief of staff also said Sunday that it’s “insane” to suggest that Russian hacking influenced the outcome of the presidential election.

Priebus, who will step down as chair of the Republican National Committee, told the ABC that Clinton “ignored states that she shouldn’t have, and Donald Trump was the change agent. … Donald Trump won in an electoral landslide that had nothing to do with the Russians.”

Priebus said he supports further investigations. On Capitol Hill, lawmakers of both parties are calling for the issue to be examined.