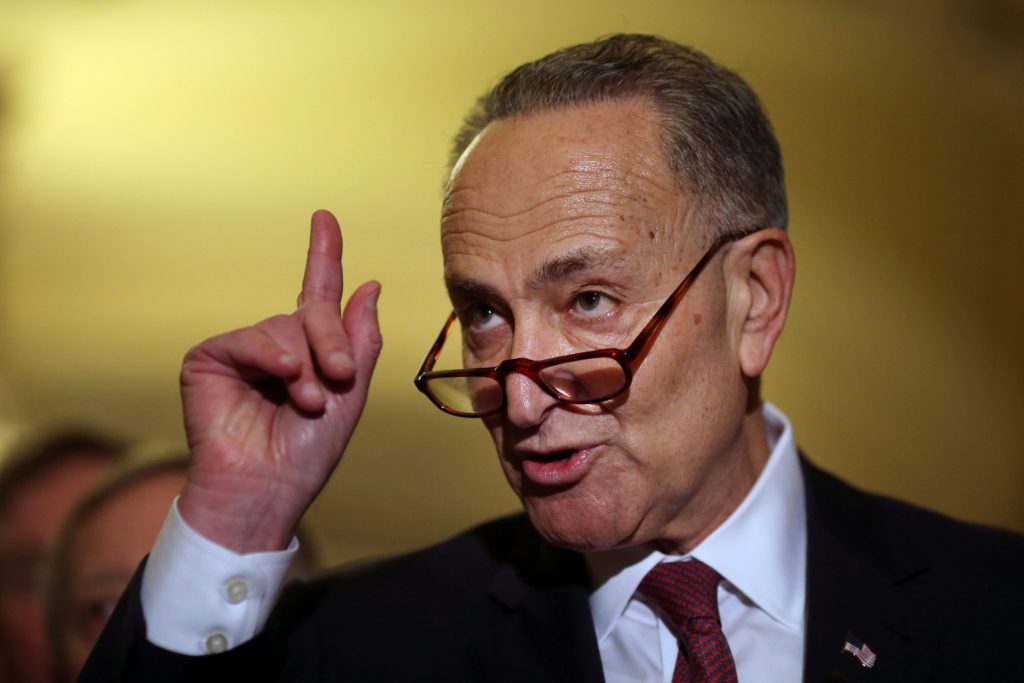 The New York Democrat told The Associated Press on Saturday that the Department of Homeland Security should immediately step in to enforce a recommendation made nearly a decade ago that mass transit employees be cross-checked with the federal watch lists.

“With terror threats from ISIS sympathizers and lone wolves ever possible, it is just not acceptable that every single front-line transit employee is not checked against the federal terror watch list like airlines do,” Schumer said. “Railing for rail security is a no-brainer.”

A report released by the Sept. 11 Commission in 2007 urged federal authorities to check the immigration status of front-line rail employees and run them through the federal government’s consolidated terrorist watch list.

Records show the Department of Homeland Security and the Transportation Security Administration have an action pending to require the screenings, but the policy hasn’t been finalized. Schumer said the agency should move faster to enact it.

Schumer, the incoming Senate minority leader, said it is “shocking that this common sense safety gap was never closed.”

A Homeland Security spokeswoman didn’t immediately respond to a request for comment.

The government maintains several types of terror watch lists. According to the National Counterterrorism Center, about 1.1 million people, including about 25,000 U.S. citizens, were on the 2013 version of the Terrorist Identities Datamart Environment, a repository of information used to compile the consolidated Terrorist Screening Database.

About 420,000 people are on the so-called no-fly list, a subsection of the larger FBI Terrorist Screening Database. Civil libertarians have argued that many people on such lists have never been accused of a crime and have no connection to terrorism.

In a May report, Homeland Security’s Inspector General said the Transportation Security Administration, a branch of the Department of Homeland Security, “has not urgently prioritized the need to implement these rail security requirements.”

TSA attributed the delays in implementing the policy to the complex federal rule-making process, the report said, adding that without the requirement TSA could not force Amtrak to implement new screening protocols.

Amtrak did not immediately respond to a request for comment Saturday evening.