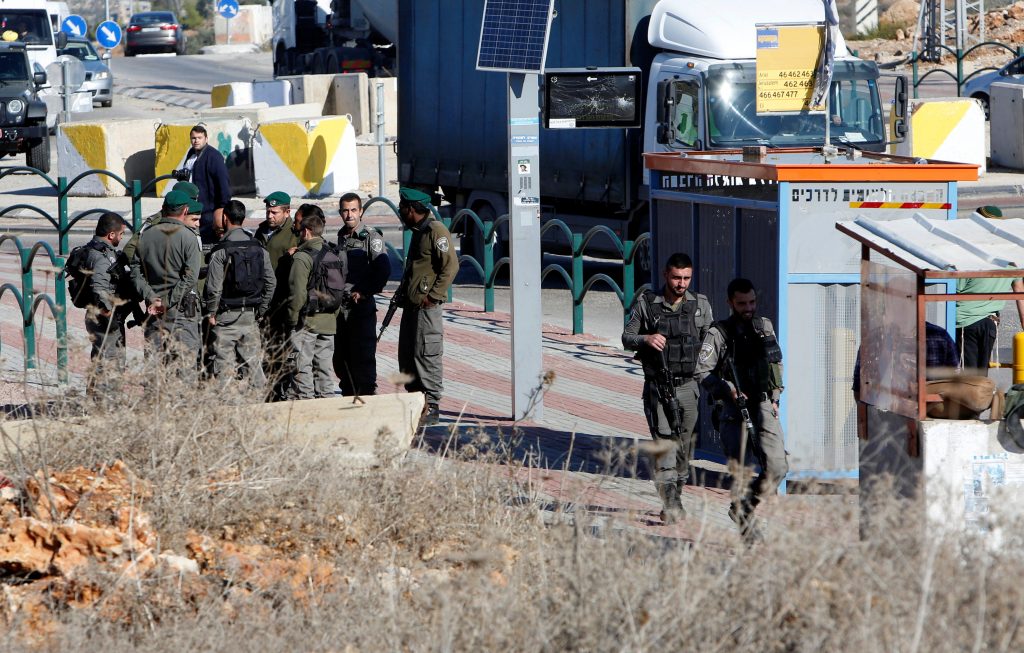 An Arab terrorist attempted to stab Israelis Thursday morning at the Tapuach junction in central Shomron. Alert IDF soldiers on patrol quickly intervened, shooting and neutralizing the terrorist. He later died of his wounds. B’chasdei Shamayim, there were no Israeli injuries in the incident.

According to witnesses, the terrorist approached Israelis who were waiting at a bus stop at the junction. Observant soldiers noticed his actions, and warned him to stop or suffer the consequences. Instead, the terrorist lunged forward in an attempt to stab Israelis, and he was shot and neutralized. The junction is heavily guarded by IDF soldiers, as it has been the scene of numerous attempted stabbing attacks in recent years.

On Wednesday night, another Hamas terror tunnel collapsed in Gaza. Two Hamas terrorists were killed and one was injured in the collapse, Hamas said. Tunnel collapses have become common in Gaza. Last month, several tunnels collapsed over a series of three days. It is not clear what is causing the tunnel collapses, Housing Minister Yoav Galant, former head of the IDF Southern Command, said in an interview on Army Radio Thursday. With that, he said, Israel was taking whatever action it could against the tunnels. “These tunnels are used by terrorists to attack us. We must act against them,” he said.

Overnight Wednesday, security officials said they arrested 15 wanted security suspects in other areas across Yehudah and Shomron. The suspects were wanted for participating in rioting and throwing stones and firebombs that endangered Israeli civilians and IDF soldiers. Several of the suspects were also charged with belonging to Hamas. All were being questioned on their activities by security forces.