National Jaguar Spotting: A New Wild Cat May Be Roaming the U.S.
National 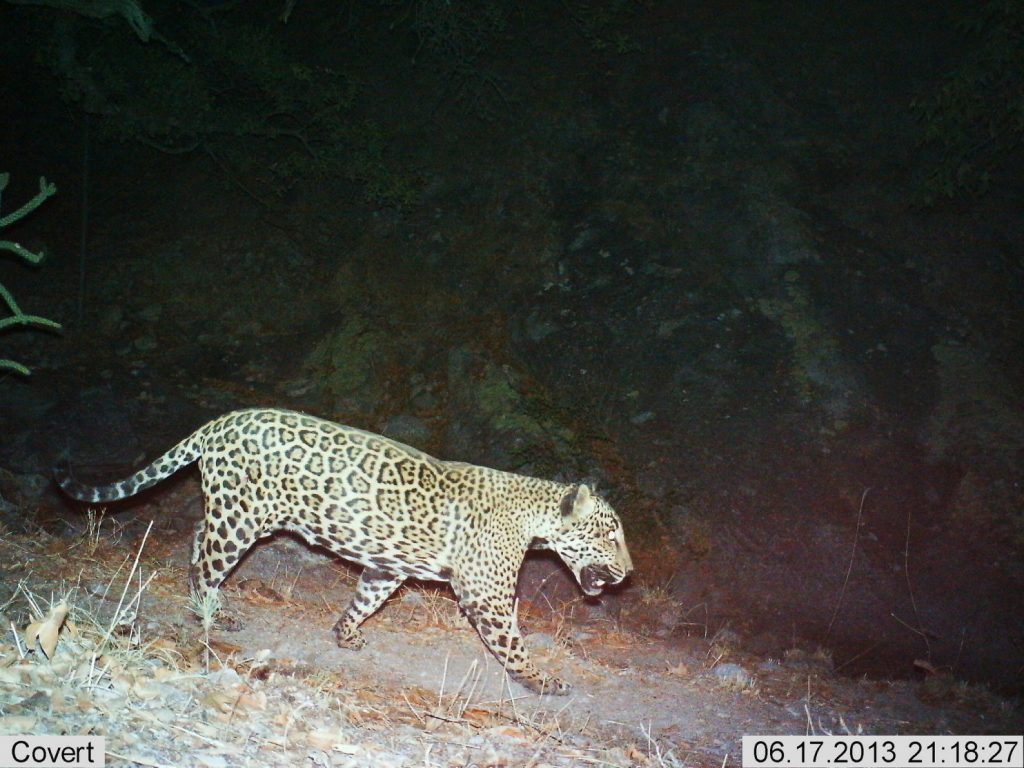 Jaguars – spotted, stocky and stealthy – once roamed freely throughout the wilds of the Western United States. But like many species before them, the big cat’s resident population in America was hunted to death. For several decades, there have been only occasional sightings of jaguars near the Mexico border.

So it was with great excitement that wildlife conservationists announced earlier this year that for the first time in six years, a jaguar had been caught on video creeping around the thick vegetation of Arizona’s Santa Rita Mountains. They dubbed the male El Jefe, and for months it has been believed that he is the sole jaguar in the United States.

That changed this week. On Wednesday, the Arizona Game and Fish Department announced that a possible second jaguar had been photographed by a trail camera in Fort Huachuca, a U.S. Army installation in the Huachuca Mountains, not far from the Santa Ritas. Benjamin Tuggle, director for the Southwest Region of the U.S. Fish and Wildlife Service, said in a statement that “preliminary indications” suggest that the cat is a male.

That would mean, of course, that even if this cat crossed paths with El Jefe, no mewing jaguar kittens would result to increase the population. But no matter the gender, officials urged jaguar fans to suspend celebrations for the time being.

“While this is exciting news, we are examining photographic evidence to determine if we’re seeing a new cat here, or if this is an animal that has been seen in Arizona before,” said Jim deVos, assistant director of the Arizona Game and Fish Department’s Wildlife Management division.

A few jaguars have been seen in the United States in recent decades. Biologists say they are probably visitors from a neighboring population in Sonora, Mexico. They’ve been fatally shot or have returned to Mexico, Alan Rabinowitz, a big-cat expert, told The Washington Post in 2014. Some conservationists warn that a border barrier like the one President-elect Donald Trump has proposed could disrupt cross-border migration of wildlife, including El Jefe and his fellow jaguars.

News of a possible second jaguar made a splash among biologists on Twitter, who noted that the process of identifying the jaguar should actually be fairly quick. That’s because each cat has its own pattern of spots, so it’s a simple matter of comparison.

The Wildlife Habitat and Population Analysis Lab at Virginia Tech put on social media the recently sighted cat’s photo next to a photo of El Jefe.

Votes poured in, and most seemed to think that the images do, indeed, depict two different jaguars.