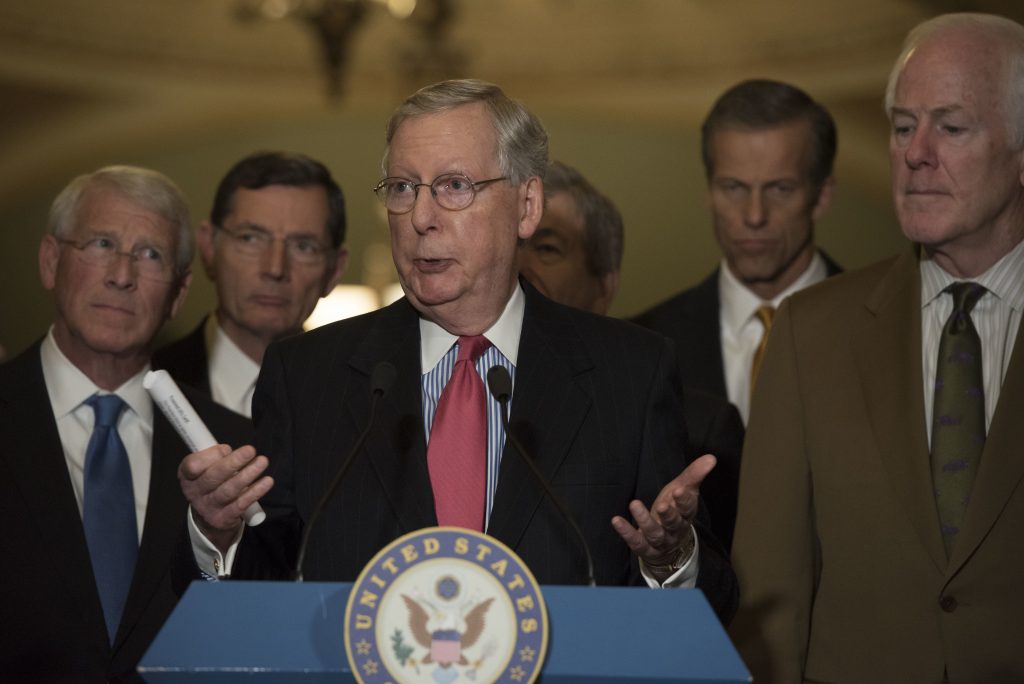 Repealing Obamacare will be the first order of business in the U.S. Senate in January, Senate Majority Leader Mitch McConnell, a Republican, said on Tuesday.

McConnell did not say when the repeal of the Affordable Care Act, as it is officially known, would go into effect. Senator John Barrasso said it might be effective in two or three years, and that the time frame was still being debated.

Democrats scoffed at the Republican plans, saying they do not even know what they want to replace Obamacare with.

“Bring it on,” said Senator Chuck Schumer, who will be the Democrats’ leader in the Senate next year.

Donald Trump’s election as U.S. president last month means Republicans will control the White House, Senate and House of Representatives in 2017. The new Congress opens on Jan. 3; Trump will be sworn in on Jan. 20.

The average Obamacare premium is set to rise 25 percent in 2017.

Large national insurers including Aetna Inc., UnitedHealth Group Inc. and Anthem Inc. have said they are losing money on the exchanges because patient costs are higher than anticipated and enrollment is lower than forecast. Both UnitedHealth and Aetna have pulled out of the exchanges for 2017.

To repeal Obamacare, congressional Republicans are expected to resort to a special procedure known as budget reconciliation to get around Democrats in the Senate, where rules protect the rights of the minority party.

Thune said Republicans hoped Democrats would work with them to replace Obamacare in a way that will give states, rather than the federal government, more control over healthcare issues and create more flexibility for small businesses in the way they offer healthcare benefits.

But Senator Harry Reid, the outgoing Senate Democratic leader, dismissed the idea that Democrats would join in. “I think that any hope that we’re going to buy into ruining healthcare in America, there’s not a chance of it,” he said.