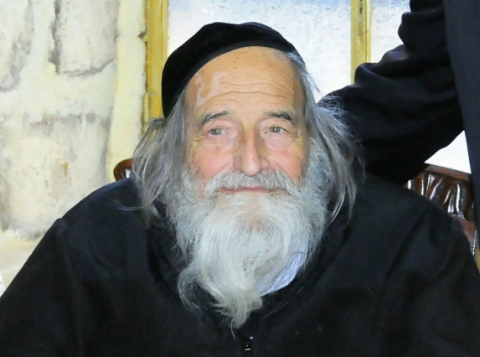 Harav Mordechai Goldstein, zt”l, an early activist of the Teshuvah movement who founded the Diaspora Yeshiva on Mt. Zion in Yerushalayim, was niftar Friday morning following a debilitating illness that had him confined to a wheelchair in recent years.

Harav Goldstein collapsed during the tefillos on Yom Kippur, and on Tuesday was hospitalized in Shaare Zedek hospital, where he was niftar Friday.

Born in Cheshvan 5692/1931, Harav Goldstein, was an alumnus of the Chofetz Chaim Yeshiva in Queens, as well as one of the first talmidim of Hagaon Harav Aharon Kotler, zt”l, in Lakewood. He was niftar on the yahrzteit of Reb Aharon, 2 Kislev.

He moved to Eretz Yisrael upon the advice of his rebbi, Hagaon Harav Henoch Lebowitz, zt”l.

Harav Goldstein founded the Diaspora Yeshivah in 1965 (initially called Yeshivas Toras Yisrael), in Yerushalayim, attracting largely secular youth from Israel and the U.S. Two years later, after the Six-Day War, the yeshivah moved to Har Zion, which Israel had liberated during the war.

The yeshivah later changed its name to the Diaspora Yeshiva, marking its role as a place of spiritual homecoming for Jewish youth from around the world.

The yeshivah had hundreds of talmidim, and was noted for its diversity, accepting any and every background.

He later founded a girl’s school as well.

Rav Goldstein taught and inspired thousands of talmidim and families over the past five decades.

He is survived by, yblch”t, his Rebbetzin, children, grandchildren and great-grandchildren.