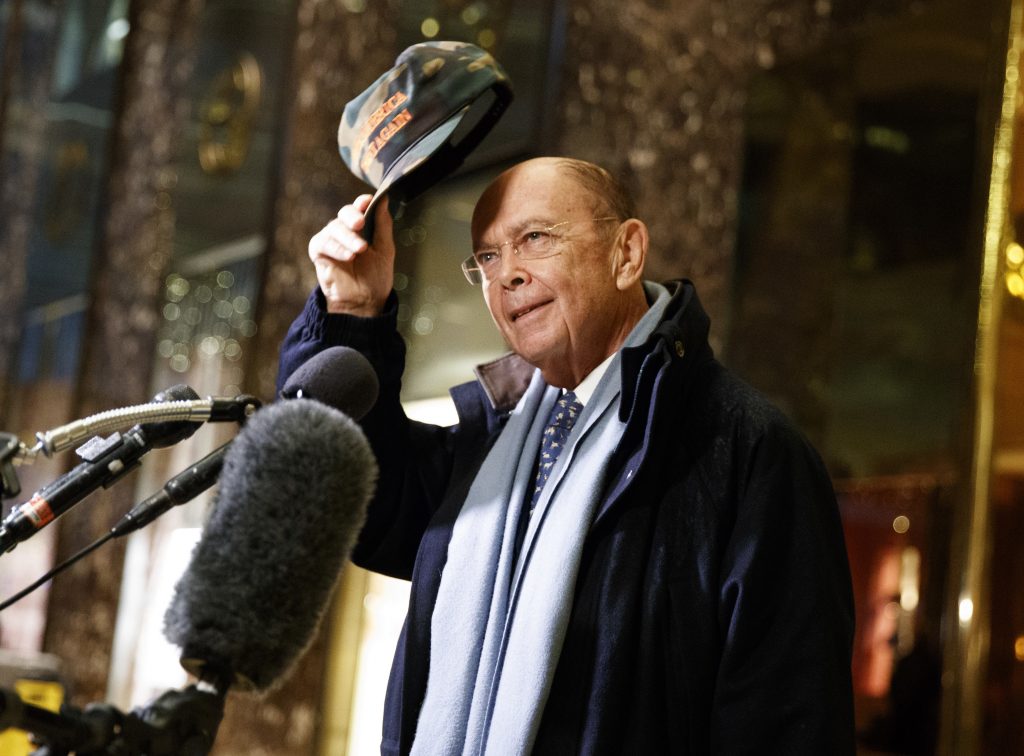 President-elect Donald Trump is tapping conservatives with deep ties to Washington and Wall Street to fill out key Cabinet roles as he continues to deliberate over his secretary of state.

Trump was moving forward with nominations, including former Goldman Sachs executive Steven Mnuchin as Secretary of the Treasury.

Mnuchin’s official announcement was expected as early as Wednesday, according to a person familiar with the decision who insisted on anonymity in order to confirm the pick ahead of time.

Trump on Tuesday chose Georgia Rep. Tom Price to oversee the nation’s health care system, picking a fierce “Obamacare” critic who has championed efforts to privatize Medicare. And he selected another veteran Republican, Elaine Chao, a former labor secretary and the wife of Senate Majority Leader Mitch McConnell, to head the Department of Transportation.

Mnuchin, 53, led Trump’s finance operations during the presidential campaign and became close to the president-elect and his family. But he has no government experience, which could prove a hurdle in navigating the tricky politics of Washington.

If confirmed by the Senate, Mnuchin would play a central role in shaping Trump’s tax policies and infrastructure plans. He would also lead an agency tasked with implementing international economic sanctions.

Mnuchin is expected to be joined on Trump’s senior economic team by another financier, Wilbur Ross. The billionaire investor is considered the “king of bankruptcy” for buying beaten-down companies with the potential to deliver profits.

Trump dined with 2012 Republican presidential candidate Mitt Romney in Manhattan Tuesday night. After the meal, the former Massachusetts governor — once a vocal critic — praised Trump for succeeding where he had failed, saying the president-elect offers a “message of inclusion and bringing people together.”

Trump wrote on social media that he and Vice President-elect Mike Pence will travel to Indiana on Thursday for an event with Carrier, the air-conditioning company. During the campaign, Trump repeatedly used news of Carrier’s plans to move some business to Mexico as criticism of Democratic trade policies. Carrier wrote, “We are pleased to have reached a deal with President-elect Trump & VP-elect Pence to keep close to 1,000 jobs in Indy.”

Price, picked to lead the Department of Health and Human Services after more than a decade in Congress, helped craft House Speaker Paul Ryan’s plan to privatize Medicare — a position Trump opposed in the campaign.

Price’s selection raised questions about the incoming president’s commitment to Medicare, among other popular entitlement programs he repeatedly vowed to preserve before the election. The Georgia congressman led GOP efforts on Capitol Hill to transform Medicare into a voucher-like system, a change that if enacted, would likely dramatically reduce government spending on the health care program that serves an estimated 57 million people.

Trump, in a 2015 interview promoted on his campaign website, pledged not to cut expensive entitlement programs that Republicans have fought for years to cut to help reduce the federal deficit.

He later changed his mind on Medicaid, embracing the GOP concept of turning the program over to the states with a fixed amount of federal “block grant” funding.

Like Price, Chao is well-known in Washington. She was the first Asian-American woman to serve in a president’s Cabinet, as labor secretary under George W. Bush.

Her record in that post suggests she would bring a light hand to safety enforcement as transportation secretary. Under Chao at Labor, the Occupational Safety and Health Administration didn’t issue a single significant new safety regulation for four years. Mine-safety inspectors were cut and inspections reduced.

Transition aides said Trump was likely at least a few days away from a decision on secretary of state.