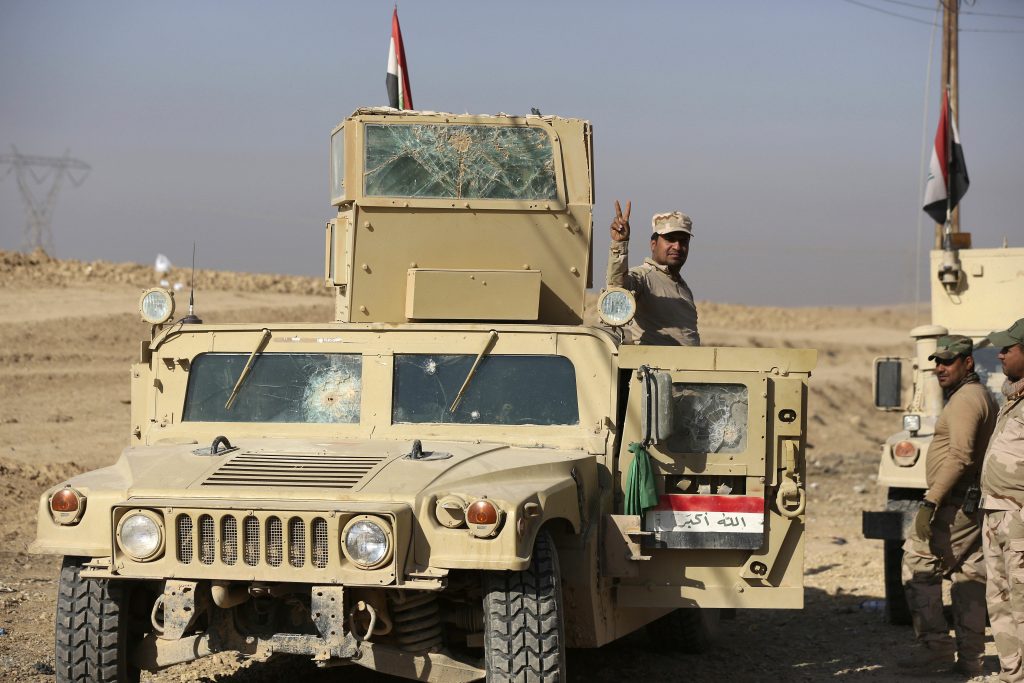 Iraqi special forces fighting Islamic State terrorists on the eastern side of Mosul have retaken 19 neighborhoods from the terrorist group since the battle for the city began last month, a senior Iraqi commander said on Wednesday.

Brig. Gen. Haider Fadhil of the special forces told The Associated Press his men were now about four kilometers (2.5 miles) from the Tigris river, which slices the city in half. He said the 19 neighborhoods constituted less than 30 percent of the part of the city east of the Tigris.

The government last month launched a massive campaign to retake Mosul from IS. The offensive was launched on multiple fronts, but most of the fighting has to date been concentrated in the city’s eastern sector, with Iraq’s special forces taking the lead.

The presence inside the city of an estimated one million residents has slowed down the campaign’s progress, with the Iraqis and their allies in a U.S.-led coalition avoiding the use of overwhelming power to protect civilians.

He said also that rain has vastly reduced the scale of fighting in Mosul on Wednesday.

The troops from the 9th Armored Division were on a foot patrol when they came under fire by IS terrorists stationed on the opposite bank of the Tigris River.

The troops were sweeping an area east of the Tigris before they pressed on with their advance on Mosul, Iraq’s second largest city captured by IS in June 2014.

The U.N. agency for women and children, UNICEF, meanwhile said in a statement Wednesday that nearly half of all the children in Mosul and their families have reportedly been cut off from access to clean water after a major water pipeline was destroyed in the fighting.

The pipeline, one of three major water conduits serving civilians in eastern Mosul, is located in parts of the city still held by IS, making it impossible to repair quickly, said the statement.

“Children and their families in Mosul are facing a horrific situation. Not only are they in danger of getting killed or injured in the crossfire, now potentially more than half a million people do not have safe water to drink,” the statement said, quoting UNICEF’s representative in Iraq, Peter Hawkins.

Iraqi authorities are currently trucking water from some 35 kilometers (nearly 22 miles) away into eastern Mosul, but it is not enough to meet the needs of residents, it added.

“UNICEF urges all parties to the conflict to allow these critical deliveries and repairs. Civilian infrastructure must never be attacked,” said Hawkins.