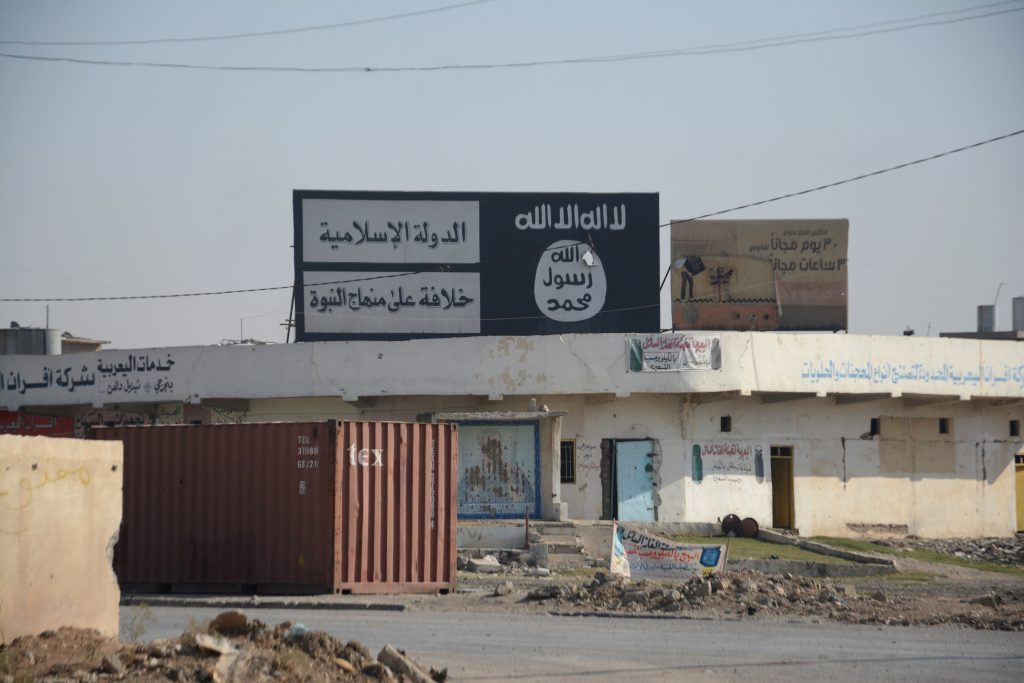 The Islamic State terror group has arrested dozens of Mosul shop owners accused of raising food prices in the nearly besieged city, to tamp down discontent as a U.S.-backed offensive closes in on the group’s last major stronghold in Iraq, residents said on Monday.

The arrests took place on Sunday morning in Bursa, a commercial district in the western part of the city, said a witness who asked not be identified as Islamic State punishes with death those who are caught communicating with the outside world.

About 30 shop owners in the area were arrested and taken away blindfolded to unknown destinations, he said.

The Sunni hardline group is relentlessly cracking down on people who could help the biggest ground offensive in Iraq since the U.S-led invasion that toppled Saddam Hussein in 2003.

Most of the people executed previously in Mosul were former police and army officers, suspected of disloyalty or plotting rebellions against the terrorists’ rule. The arrest of the shop owners is meant as a warning to retailers to refrain from price hikes that would cause unrest in the city.

Some 100,000 Iraqi government troops, Kurdish security forces and mainly Shiite militiamen are participating in the assault on Mosul, with air and ground support from a U.S.-led international military coalition.

Six weeks into the campaign, troops have so far entered about a quarter of the city on its eastern outskirts, but are moving slowly to avoid civilian casualties and have yet to enter the half of the city on the west bank of the Tigris River.

More than a million people are still believed to live in parts of Mosul under the control of the terrorists, who seized the largest city in northern Iraq as part of a lightning advance across a third of the country in 2014.

The Shiite groups are attacking terrorists deployed between Mosul and Tal Afar, 40 miles to the west, trying to complete Mosul’s encirclement, with the army and Kurdish security forces controlling access from the other three sides.

The Iraqi military estimates there are 5,000-6,000 terrorists in Mosul, dug in amid civilians to hamper airstrikes, resisting the advancing troops with suicide car bombs and sniper and mortar fire that also kill civilians.

Islamic State leader Abu Bakr al-Baghdadi, believed to be somewhere near the Syrian border, has told his fighters there can be no retreat from the city.

Some 74,000 civilians have fled Mosul so far, and the United Nations is preparing for a worst case scenario which foresees more than a million people made homeless as winter descends.