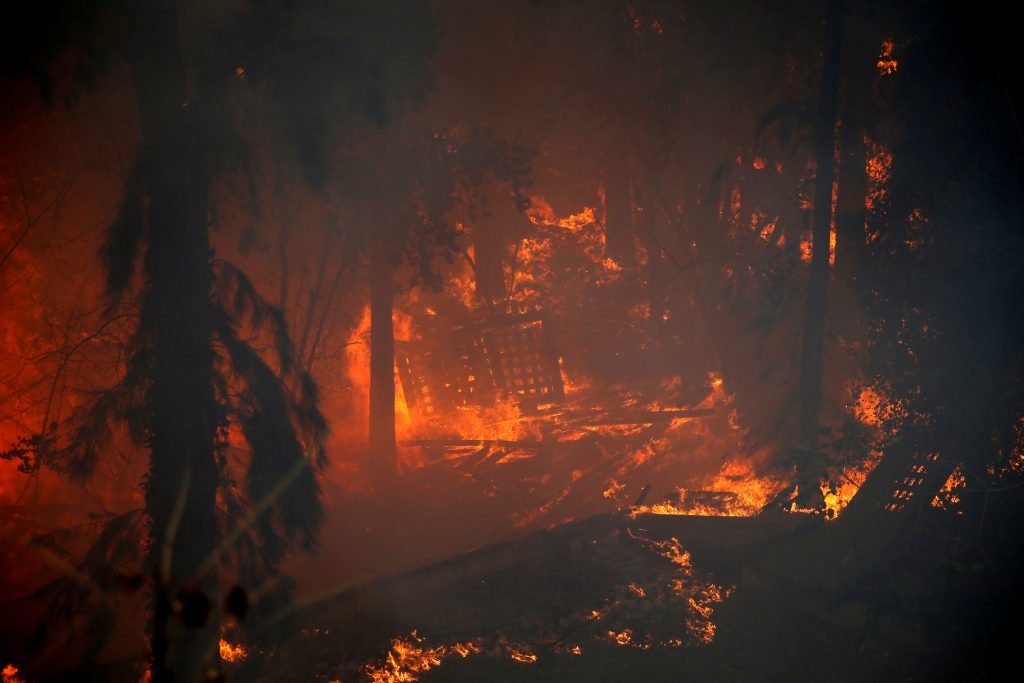 As scores of fires raged across the country for the third consecutive day, from Haifa to Yerushalayim, previous doubts about the cause of the crisis gave way to a general consensus that terrorist arson was behind it.

“I want to be completely clear. Every fire caused by arson or by incitement to arson is terrorism in all respects,” Israeli Prime Minister Binyamin Netanyahu said Thursday. “Anyone attempting to burn parts of the state of Israel will be punished.”

Public Security Minister Gilad Erdan instructed the police to monitor social media in an effort to identify those inciting arson.

“We need to prepare for a new type of terror,” he said Thursday evening. “The terrorism of arsonists, which also comes from incitement on social media networks. We will be opening a special unit of investigation into the incidents.”

“The police commissioner has instructed the Investigations and Intelligence Division to create a special investigation unit for every single fire to be investigated and so that all efforts will be taken to bring those responsible to account if it was arson and if someone initiated it,” Erdan said.

Earlier in the day, several arrests were reported on suspicion of arson.

The IDF decided to cancel all soldiers’ leaves in order to maintain a state of readiness to assist security and firefighting forces in what has come to be seen as a national emergency.

The worst was in Haifa, where approximately 60,000 people were evacuated from at least eight neighborhoods on Thursday.

About 100 victims of smoke inhalation and anxiety were taken to hospitals in the north, as smoke filled streets in Haifa in six separate areas where fires were burning.

Firefighting airplanes were spreading fire-extinguishing materials on houses in these areas and high-voltage wires have been disconnected.

Moshe Adler, chapter head of United Hatzalah for Haifa, said, “Tens of volunteers have left their jobs and families and are joining the firefighters, police officers, and other rescue workers to help evacuate and rescue residents, children, and the elderly in the affected areas. It is important that our volunteers join the effort and be present in order to provide first aid to any resident or firefighter that might require assistance during the evacuation.”

Strong winds carried massive clouds of smoke as far southward as Zichron Yaakov, where residents told Hamodia that it smelled like the fire was right there and closed their windows to keep the stench out.

The local police call center received numerous inquiries as to whether there had been a resurgence of the fires that burned in Zichron on Tuesday and Wednesday. The police assured callers that the smoke was from Haifa, not Zichron.

Dr. David Bukay, a professor of Middle East Studies at the University of Haifa, which was evacuated on Thursday, described the harrowing experience to Arutz Sheva:

“Our neighborhood is being completely torched,” said Bukay. “There’s no other way of describing it. We were evacuated two hours ago from the new Romema [neighborhood] to the old; now both of them are ablaze and we’ve driven to the Hadar neighborhood. We took ourselves, the computer, some photo albums — and left everything else behind. But the important thing is that we and the children are all safe.

“Fires were sparked in four different places across Haifa at the same time. I was worried about something like this happening, but I hoped that it would just be a forest fire, but they’ve managed to burn down Haifa. It’s just terrible, it’s outrageous. Where are all the people who claim the Arabs love the Land of Israel? Look at how they’ve decided to burn Haifa; it’s an outrage. Entire neighborhoods are going up in flames, including my own.”

Meanwhile, Netanyahu offered his praise and thanks to the firefighters working around the clock to extinguish the fires.

“I salute the firefighters and the pilots, both in Israel and from abroad,” he said. Currently 12 firefighting aircraft have been sent to Israel from Russia, Turkey, Cyprus, Greece, the U.K., Italy and Croatia.