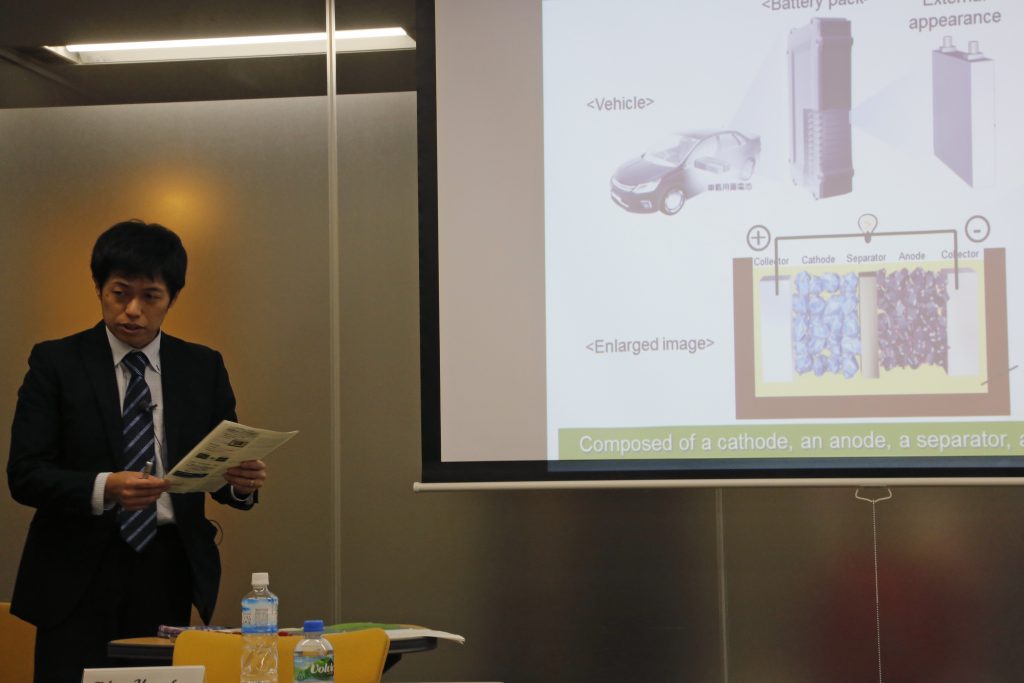 Toyota Motor Corp. has developed a new way of observing the movements of tiny particles in a battery used to power electric vehicles — an advance it says will help boost their cruise range by 10 percent to 15 percent.

Toyota engineer Hisao Yamashige explained to reporters Thursday at the Japanese automaker’s Tokyo office the complex method for tracking the lithium ions, which are tiny particles in lithium-ion batteries, also used in laptops and smartphones.

Increasing cruise range is the biggest obstacle for electric vehicles, especially because powering stations aren’t as common as gas stations.

Toyota is more bullish about fuel-cell vehicles, which are expensive but can deliver the same cruise range as gas engines. Yamashige said there is no change to that overall company policy.

Toyota, which makes the Prius hybrid, has no pure electric vehicles in its lineup since production of its electric iQ subcompact and other earlier models were discontinued after selling in only small numbers.

But all the world’s automakers are working on electric vehicles. Japanese rival Nissan Motor Co. leads with its Leaf, which boasts a range of about 100 miles on a single charge. The Nissan-Renault alliance accounts for about half the world’s pure EVs sold.

Toyota’s new technology will allow the company to test out various materials and battery structures, and an improved electric vehicle is being planned for the commercial market within the next “several years,” said Yoshinori Suga, a department manager.

The tests are being carried out in collaboration with Japanese research organization Riken, using its high-intensity X-ray facility. Toyota will present its observation method at a battery symposium in Japan later this month, sharing it with other automakers, although not its findings.