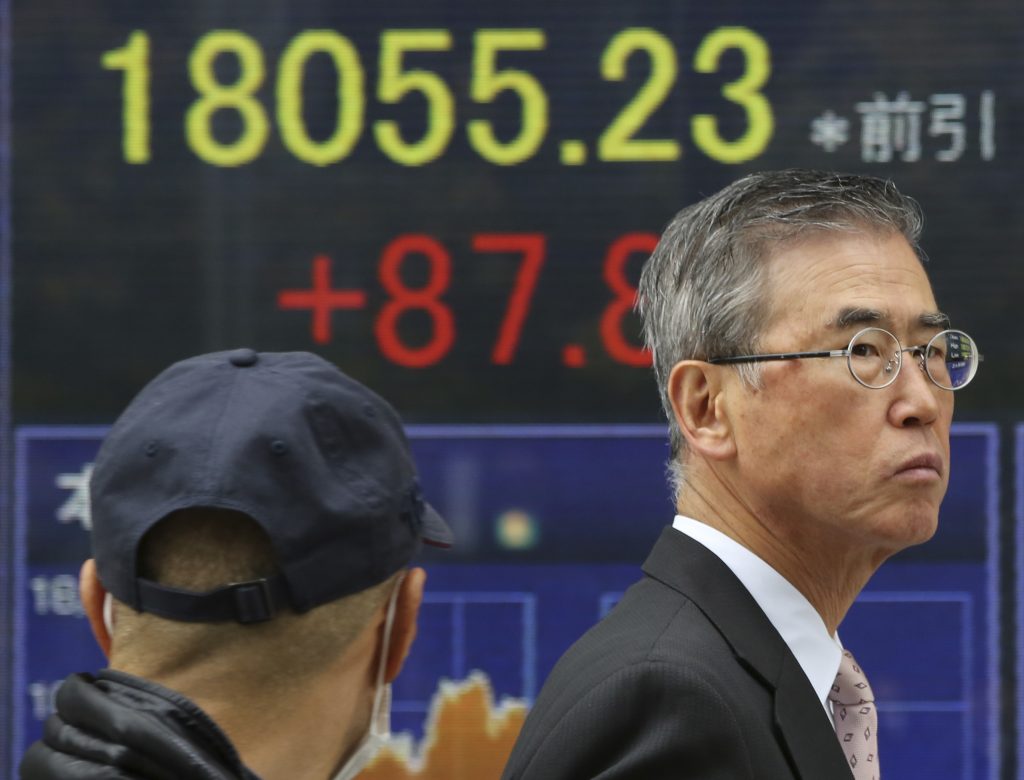 Crude oil climbed in Asian trading with U.S. West Texas Intermediate (WTI) up 1 percent as the dollar pulled back and expectations of production cuts grew.

Prices surged 4 percent to a three-week high on Monday, after comments from Russian President Vladimir Putin raised hopes that producer countries will reach a deal at a meeting next week to limit output.

MSCI’s broadest index of Asia-Pacific shares outside Japan was up 1.3 percent, pulled up by a 1.3 percent rally in Australian shares. Korean shares and Hong Kong stocks rose 0.9 and 1.3 percent each.

European stocks were also expected to open higher with gains seen around 0.5 percent for key markets.

“Most of the flow into stocks seems to be retail-oriented with institutional investors preferring to sit out the rally unless they get a clearer picture on Trump’s economic team,” said Andrew Sullivan, managing director, sales trading at Haitong International Securities Group in Hong Kong.

Trump met some officials and outlined plans for his first day in office on Monday, including withdrawing from the TPP Asia-Pacific free trade accord and investigating abuses of work visa programs.

Such actions may lead to retaliation by trade partners such as China and could potentially derail markets, noted Libby Cantrill, head of public policy at bond giant PIMCO.

But for now, expectations that Trump’s administration will adopt expansionary fiscal policies have sent U.S. stocks to a record high, while a belief that such policies would fuel inflation and lead to higher interest rates pushed up bond yields and strengthened the dollar.

“Investors will react if more manufacturers halt operations in their factories in the region, but right now the impact from the earthquake is limited,” said Hiroaki Mino, director of the investment information department at Mizuho Securities.

The benchmark Nikkei average was broadly steady and the yen ticked up a shade against the U.S. dollar, although still near the five-month low hit earlier in the session.

Trading volume was generally low ahead of the U.S. Thanksgiving holiday, with expectations of a U.S. rate increase next month already priced in by markets.

The dollar, which has rallied over 5 percent against a trade-weighted basket of currencies since Trump’s victory, consolidated its gains.

“There is a narrative that there will be strong leadership because Republicans took the White House and both houses of Congress. But we have to keep in mind that Trump also divided the nation as well as the Republicans,” said Daisuke Uno, chief strategist at Sumitomo Mitsui Bank.

The dollar’s mild weakness propped up gold prices with spot gold up 0.3 percent at $1217.70 per ounce. Gold prices have fallen 10 percent since the U.S. election outcome.

It also helped emerging market currencies trim some losses after a recent battering. The Chinese yuan rebounded from a near 8-½-week low hit on Monday.